Tracks from the Top Ten Blogged Bands are played
every Sunday after 5-7pm on Radio KC as part of
Brian's Indie Show.

LISTEN TO THIS WEEK'S TOP 10 HERE 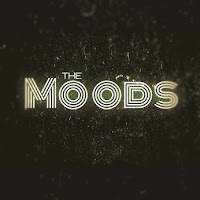 Brian's favourite video this week is Hidden by The Moods from their Missing Peace album. After a monumental 2017, The Moods accelerate into 2018 at an exponential rate. Hailing from Manchester and the North West, The Moods are a ten-piece collective creating socially charged rap dealing with topics such as corruption, poverty, injustice and inequality.

Having made a splash in 2016 and 2017 with airplay from luminaries such as BBC 6 Music, Steve Lamacq and rave reviews from the likes of God Is In The TV, female fronted, disco-punk band, Bugeye, return with their new single, I’m Not the One and a UK tour with sold out shows.

Taking obvious inspiration from early pop punk bands such as, Siouxsie and the Banshees and Altered Images with a visual nod to David Lynch and punch-drunk productions, I’m Not The One sees the band take on a slightly darker pop approach.

Following the release of album Vices back in 2017, Katalina Kicks have spent a year of solid touring around it and following singles, accompanied by airplay across Kerrang!, BBC Introducing, Planet Rock and too many regional and online stations to mention.

Based in London Kadija Kamara is a singer songwriter who best describes her sound as Alt Soul.

With a love of 60’s and 70’s analogue sounds, she combines her affinity for retro soul music with a host of modern influences.

Brian's favourite video this week is Made Out Of Maps by Wojtek The Bear.

Made Out Of Maps is the first single from the eagerly awaited debut album by Wojtek The Bear, A Talent For Being Unreasonable which is due for digital and vinyl release on Scottish Fiction records on May 25th.
Wojtek The Bear tucked themselves away to work with Chris McCrory to record A Talent For Being Unreasonable at Shady Lane Studios late 2017. 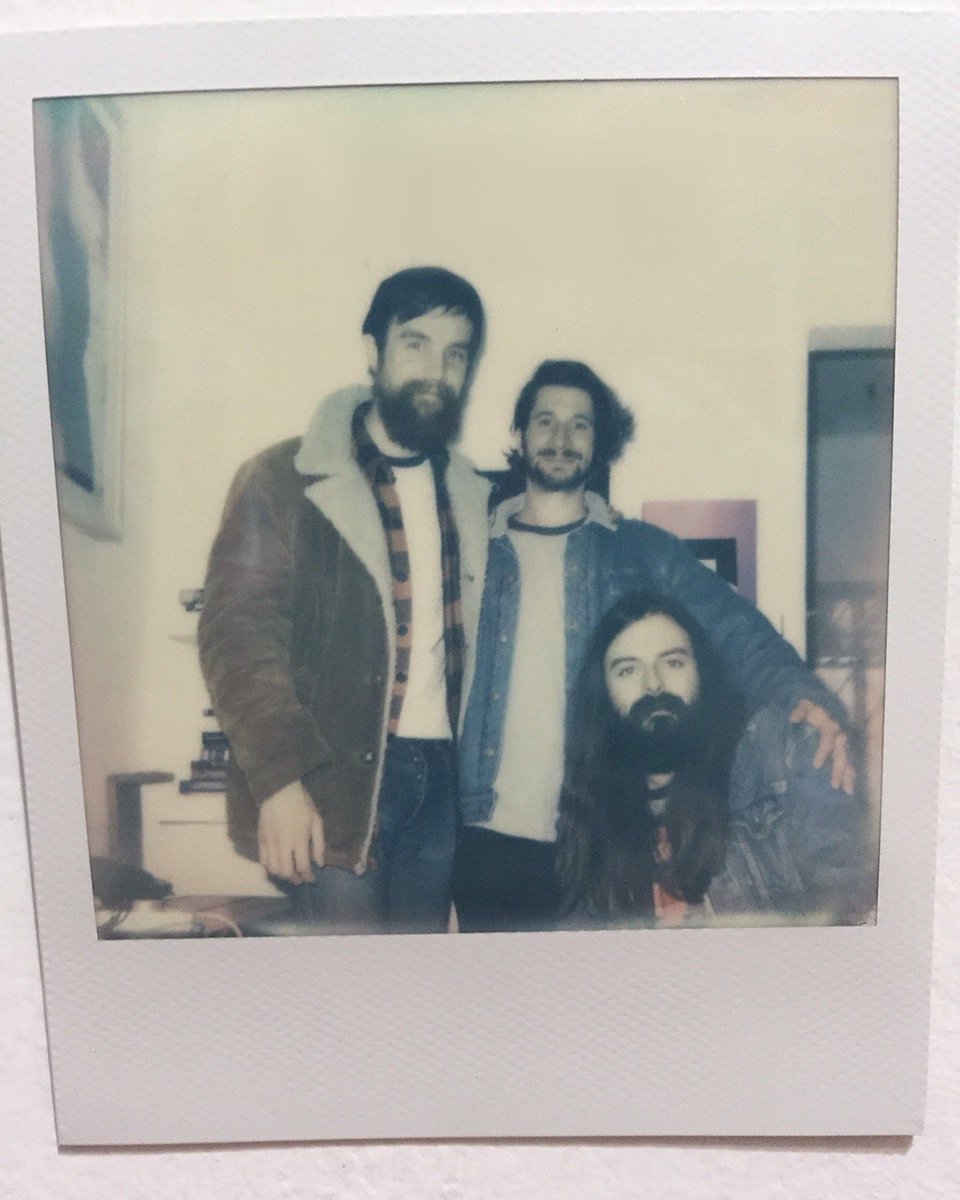 What is Home? is the debut album from Brownbear. Combining strong melodies and indie riffs that have come to be expected from the band with an added lyrical maturity, the album covers love, loss and life whilst questioning what exactly home is. The album is preceded by an addictive and accomplished single release by the band in the shape of Truth Without Consequence which is accompanied by an equally accomplished and stylish video. 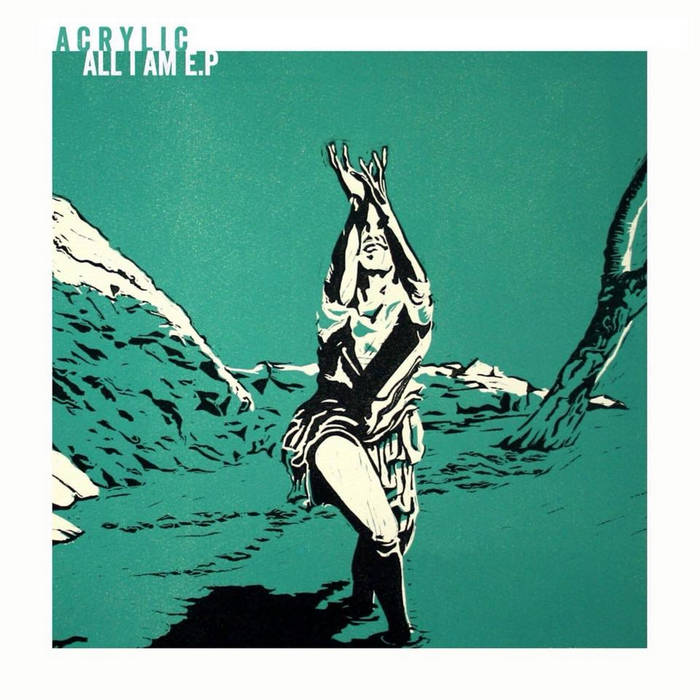 Once in a while some new music comes along that transports you back to when you first heard a new release by a band that later becomes a true classic.


Such was the occurrence on first listening to the upcoming EP release by burgeoning Scottish Alt-Popsters Acrylic.

Listening to their All I AM EP transported me back to first listens to the likes of The Blue Nile and their near incomparable release Stay.

Leed’s natives Apollo Junction are set to release their new single Begin on May 18th via self release. The track is a masterful re-working of the original release of Begin five years ago, bringing us a fuller, rounder more radio friendly single that's a guaranteed floor-filler.


The original is on their Bandcamp but you'll be able to hear a pre-release spin of the track on Brian's Radio KC Indie Show of April 1st and that is no joke I promise you.

Rock category Finalist of the UK Songwriting Contest 2017 and Semi-Finalist of the USA led International Songwriting Competition, The Kut have announced a World Wide Record Deal with Cargo Records for their long-awaited debut album Valley of Thorns. Known for bringing some of the best independent albums to the fore, including those by The White Stripes, The Black Keys and Jonny Rotten’s Public Image Limited, Cargo Records have now put pen to paper and added The Kut to a long list of UK indie musicians to join their worldwide roster.


Posted by Fruitbatwalton at 9:48 am No comments:

Having received support from the likes of Kerrang TV, MTV Rocks and London Evening Standard with their eponymous breakthrough debut EP, the rising indie rockers were being tipped off by industry experts as ones to watch.

No surprise then that Brian is spinning their most excellent single release Puppet Strings on the Radio KC Indie Show on April 15th.

Consisting of Ben Beetham (guitar/vocals), Jack Wilson (guitar/vocals), Eddie Lewis (bass) and George MacDonald (drums), the EP mirrors their colossal riff-infused live shows; driven by monstrous guitars and vocal melodies, which are seamlessly switched between Jack and Ben. King Kapichi have recently been discovered by the Underground England Soundwave’s platform, putting them alongside the likes of Pale Waves and Black Honey.

Dripping with rock tunes that punch you in the chest and leave you humming the chorus with the few breaths you have left, the Kid Kapichi EP with it's blend of heavy, incendiary rock with harmonising vocals, makes it obvious as to why the four-piece are the forerunners of the new generation of bands in the deepest South.

With a sold-out festival show on Hasting Pier already under their belt, Kid Kapichi will be touring the UK showing off Lucozade Dreams alongside one of Brian's favourite Scottish bands and SAMA Best Rock Award Winners Bloodlines.

Posted by Fruitbatwalton at 12:10 pm No comments: 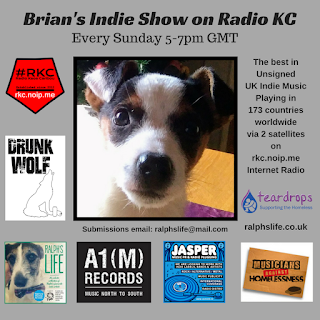 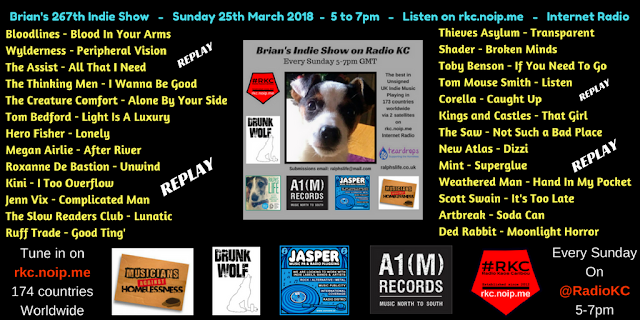 Posted by Fruitbatwalton at 9:10 am No comments: