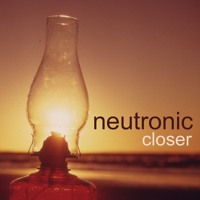 No 4...The New Southern Electrikk

Manchester bands are coming very much to the fore currently and none more so than The New Southern Electrikk.who are looking to be one of 2015's most exciting prospects.

Their current single Brown Eyes captures the listener from it's heartrending first chords garnering them some famous fans, from Suede's Bernard Butler and The Lemonhead's Evan Dando to Creation Records co-founder Joe Foster and punk icon John Robb who is releasing the track on Louder Than War Records.

Especially when that underdog is the extraordinarily out-there Faergound Accidents who; digitally on 9th February, are releasing the single She Makes Me Want To Die accompanied by a gorgeously glammed-up video. If Robert Smith and Jarvis Cocker have conceived a bastard son then Faerground Accidents extravagant front-man Bomar Faery is the result.

Based in Liverpool, Jo Herring and Laura Caldwell met in 2007 through friends; a meeting that resulted in an explosion of creativity where songwriting, musicianship and visual art collided to create SeaWitches.

The band gig regularly in Liverpool, where they've played Sound City, Music Week and interestingly, the Green Party Conference as well as hosting their own nights supporting other well known bands like Eagulls and Giant Drag.


Posted by Fruitbatwalton at 11:13 am No comments:

Ralph's been checking out Cardiff singer songwriter Lost Embers as his album The Borders Of Winter is due for worldwide release on April 27th.

The Borders of Winter, recorded by Lost Embers in a farmhouse overlooking a church in Cowbridge over the period of September 2014 to January 2015, is a primarily acoustic album with inflections of heavy rock, folk and even dance.

It's a record which offers up homage to the indie rock albums of R.E.M. and the ambience of Draco Rosa.

Thematically, The Borders of Winter crosses borders life, love, birth, death and existence, as the title suggests, and was written at a time of change, development and renewal outside of the music. All of which contribute to an album by Lost Embers which is chilled, acoustic, rocking, mellow and thought provoking in equal amount.

Having listened to some of the tracks from this delightfully lo-fi album it gives a glimpse into how insightful and cultured a songwriter Lost Embers is as he takes us on the musical journey through his thoughts and feelings.

He's currently using Pledgemusic to fund it and you can pre-order The Borders Of Winter from THIS LINK.
Posted by Fruitbatwalton at 6:37 pm No comments:

Keystone Crowdfunder for an Independent Arts, Food and Drink Festival in Manchester

Now as Ralph's been known to say (more than several times) it's not just about the music when it comes to being independent...however here's a crowdfunder in Manchester that's not only about the music, but also food, drink and the arts...what's not to like!

Ralph's even had a two hour special on Radio KC to help promote the crowdfunder featuring 34 tracks by Manchester bands which you can listen back to by clicking on THIS LINK...

Keystone (the brainchild of Blackjack Brewery, Shebeen Events and GRUB) is intended to be a flexible events space designed to support Manchester's best independent music, comedy and arts promoters while providing all of our visitors with top quality food and drinks provided by innovative operators.

The venue, housed in a Green Quarter railway arch, is designed to accommodate both large and small scale events as wide, varied and inclusive as…

Keystone hope to attract a wide array of different people to the venue so we will be making every effort to make the venue and their events as inclusive as possible.

They are also looking to have a positive impact as the focal point of the local community, hence the name Keystone.  They will seek to engage with their neighbours, both residential and businesses, to support them to develop the Green Quarter.

Not only this but they want to support the diversity of the wider Manchester community.  In a time when cities are struggling to retain a notable identity Keystone want to support independent artists and businesses so they can push back on the supermarkets, the chains, the faceless mega businesses.

Keystone want to provide an environment where those fiercely independent creatives can truly flourish spawning a new wave of Manchester entrepreneurs allowing everyone to choose not to line the pockets of tax avoiding big business.

So if you're a fan of indie-pendents please help this crowdfunder to its goal of £11,000 by pledging what you can right here...and if you need further info click here to go to the crowdfunder page.

Posted by Fruitbatwalton at 2:42 pm No comments: