Ralph's played Derby band The Sons single 'Death Love Money' on his Radio KC Indie Show a couple of times so it's about time he took a listen to the recently released album 'Heading Into Land' funded by fans and friends. It's a well crafted slice of alt-folk which leans on a variety of musical styles.

Lead track 'Right Colour Makeup' is a perfect example of this as The Sons fuse Americana guitar stylings with slightly Alt-Pop vocals. The track released as a single 'Death Love Money' is even more entrenched in the Americana stylee, shades of The Eagles or the more contemporary Daughtry.

'Crowd Went Wild' on the other hand with it's infectious drum beat throughout is rockier has a more Indie feel and The Sons follow it with a jollier 'When I Want To' where they're showing shades of The Beatles in their influences. They've lost me a bit with 'I'm Not Happy' with its lightweight Caribbean stylee beat but beef it up on 'Relic' with a McCartney 'Maybe I'm Amazed' vibe to it.


Heading Into Land by TheSonsTheBand

'On The Corner' is more Alt-Folk' with a gentle lyric and delightful musicality whilst on the following track 'Flash And Bang' they show their heavier side with some nasty base and staccato vocal.

'Hard Life' with its Country style lyric looses me again, a bit lightweight for me as is 'Down Sometimes' but these tracks by The Sons will be a hit live with their target audience (fans of Wilco will love them). Highlight of the album for me is the title track 'Heading Into Land' as it swings between a less gravelly Tom Waits style crossed with that of the inimitable Randy Newman.

They're in the process of booking more gig...in the meantime...

Posted by Fruitbatwalton at 8:40 pm No comments: 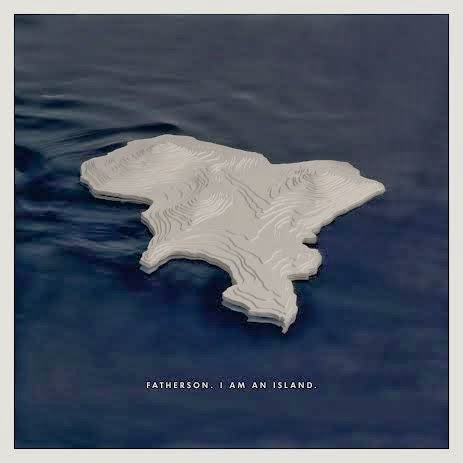 Third of the Scottish bands featured this week (Tijuana Bibles on Monday and Laykiller Caterpillar on Tuesday - do pay attention) is the increasingly impressive Fatherson. With the long awaited, much vaunted album about to be released (7th April) they're embarking on a UK album release tour and only this morning have released a video for one of the new tracks - 'I Like Not Knowing'. The good news for me is I've had a listen to the album on the QT and I can assure you the hype is not without merit - the bad news for you is, the wait 'til April 7th!

Ralph's attention's been draw 'Up North' with Inverness band Silver Coast releasing a new single 'Believe' on March 3rd. Formed at the end of 2012 and gigging relentlessly ever since (including supports with Fatherson and King Charles) they've amassed a large and faithful following locally.

It's just over a year since Ralph did a fascinating Q & A with Louie of Hector Bizerk and a lot's happened in the interim including Audrey being nominated in Hit Like A Girl, winning Best Hip Hop in the Scottish Alternative Music Awards and jetting off to debut in New York!

Stoke band Moscow return with their second release, the Pack Animals EP. Following on from 2013’s well-received Hell Fire EP, Pack Animals maintains the same gritty, post-punk direction but this time mixing it with a heavier, raucous edge and with lead track 'Pack Animals' weighs in as a heavier version of Killing Joke.

No Ralph's not joined the Jehovah's Witnesses and distributing their magazine Watchtower...but he is spreading the gospel of Liverpool band Watchtower who are planning on 2014 being their year following on from a successful 2013 gig-wise and the recent release of their single 'Under Your Thumb'.

The latest sounds gracing Ralph's kennel are some lo-fi tunes courtesy of Middlesborough born Scott Lloyd whose new EP The Northern Gate is due for release on March 10th. Now living in Manchester, Scott's laid back alternative country/folk feel is expressed in five well composed, mainly reflective tunes, delivered with a Jackson Browne or James Taylor vibe but with a modern twist and a northern accent.

Ralph's always got his ear to the ground for new music as that's the best place to find some down and dirty tunes so finding Glasgow band Tijuana Bibles on Twitter was a result as they fit the bill nicely. Having played their track 'Wild River' on the Radio KC Indie Show recently I'm pleased to be able to announce the release of 'Toledo' this month and it ticks the aforementioned down and dirty boxes nicely as its thumping bass and grinding guitar batters in to a raucous vocal.

Jonny Andrew has embarked on a solo career with no small amount of initial success. He's been performing in America, Canada, Germany (where he played for the British Forces) and of course the UK and is currently working with artists in Miami and Memphis whilst also working on his debut solo album which is due for release in a couple of months time. If that's not enough, he's spending his spare time shooting the music video for his upcoming debut solo single.


Formed in 2013 from various Scottish bands, Ladykiller Caterpillar have just released an eponymous EP which should see them take their place at the forefront of the burgeoning Scottish Indie scene. Jacob and Neil (bass and guitar) played in several bands together, mainly in Edinburgh. Jani (guitar) from Troon is also veteran of the Edinburgh scene with Raymond (drums) having started in Dundee then playing in many well known venues. 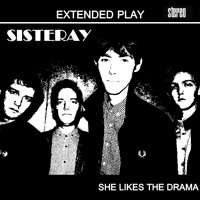 Ralph checked out London band Sisteray back in August last year when they released the single 'Take It Away. Since then they've been gigging relentlessly and have also got a new EP 'She Likes The Drama' coming out on 17th February 2014.

Posted by Fruitbatwalton at 5:03 pm No comments:

Third of the Scottish bands featured this week (Tijuana Bibles on Monday and Laykiller Caterpillar on Tuesday - do pay attention) is the increasingly impressive Fatherson. With the long awaited, much vaunted album about to be released (7th April) they're embarking on a UK album release tour and only this morning have released a video for one of the new tracks - 'I Like Not Knowing'. The good news for me is I've had a listen to the album on the QT and I can assure you the hype is not without merit - the bad news for you is, the wait 'til April 7th! 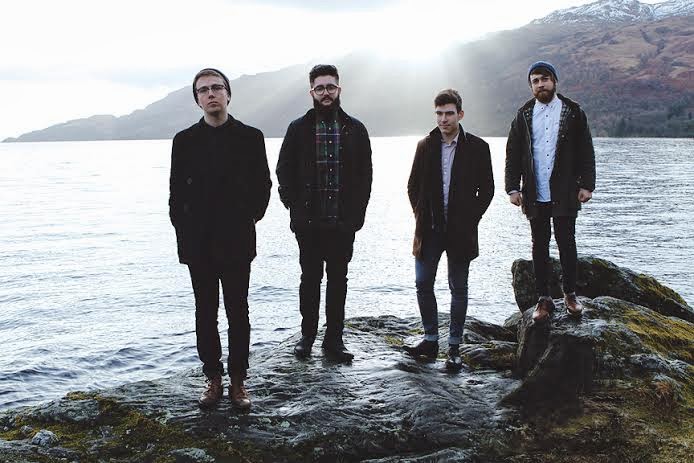 In the meantime 'I Like Not Knowing' - produced by the inimitable Bruce Rintoul - has been released along with a shiny new, well crafted video that involves a lot of running, jumping and splashing for your listening and visual pleasure. It's a lyrically reflective yet musically joyful track and will be well received at the upcoming live shows.

Fatherson are a four piece based in Glasgow and formed in Kilmarnock. They have been making waves in the Scottish music scene following a string of supports with bands such as Frightened Rabbit, Panic! at the Disco, Feeder, Twin Atlantic and Idlewild.

Fatherson have released two singles. “Hometown”, through King Tuts Recordings, showcases the band’s ability to write anthemic indie songs that will be running around your head for weeks to come. 2012 saw the release of “First Born”, strengthening the band's reputation & helping to build a fanbase all over the country.

Following the inclusion of a song on BBC Radio 1's Introducing playlist, the band performed on the BBC Introducing stage at T in the Park where their set was aired on BBC2. Gaining experience through further festival appearances during the summer culminated in a trip to America for an industry showcase, laying the foundations there for the future.
They completed their year with their biggest headline tour to date packing out venues such as The Garage in Glasgow, the Liquid Rooms in Edinburgh and The Ironworks in Inverness.

In 2013, in-between recording their debut album, the band have been playing around the country including appearances at The Great Escape in Brighton,This Is Fake DIY in London, Stag & Dagger at the ABC 1 in Glasgow and the Main Stage at Rockness. Fatherson play a few selected festivals and shows throughout the summer and are currently planning a UK tour in November.

Posted by Fruitbatwalton at 4:45 pm No comments: