The bones of London band Lover was formed towards the end of 2015, and they started on their debut album, Human Geography in early 2016.

The album was completed just before they embarked on a mini UK tour supporting Earl Slick / Bernard Fowler’s Station to Station Tour.

Whilst on tour the band started building a following and garnered great feedback from the public and industry insiders alike.

If 2017 is the year that Lover decide whether you’re allowed to be part of their world or not, I think it's pretty apparent that the release of their new single Fallen Famous means they're going to embrace everyone. 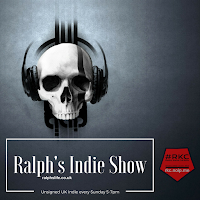 Ralph's Indie Show on Radio KC is playing the lead track Fallen Famous on this Sunday's show so tune in on rkc.noip.me Internet Radio to listen.

Lover will be playing London's iconic Water Rats venue on October 6th and I'm assured that it's a gig not to be missed!

What Lover have to say about the single, Fallen Famous:

"The song came from a strong image of a run down mansion and a group of young people wearing now tattered fancy clothes living there in faded grandeur in a post apocalyptic world - almost playing at being the celebrities they once admired (and contributed to destroying).

Like a sexier version of Miss Haversham and her house. The story is hard to pin down but it is something around the way we lionise and then tear down our heroes in today’s mass media culture - a micro version of how, as a race, we seem intent on destroying our planet."
Posted by Fruitbatwalton at 11:23 am