Ralph's attention's been draw 'Up North' with Inverness band Silver Coast releasing a new single 'Believe' on March 3rd. Formed at the end of 2012 and gigging relentlessly ever since (including supports with Fatherson and King Charles) they've amassed a large and faithful following locally. With the release of the new single they've now set their sights further afield and are touring Scotland accordingly. 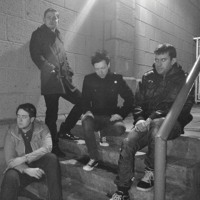 Having had a preview of the new single...(if you're an Idlewild fan you're going to love 'Believe')...Silver Coast have come up with their first 'anthemic' sounding track. Big guitars and soaring vocal will make this an instant hit with their followers and garner them a new crop of fans as it picks up the inevitable radio play throughout Scotland.

Looking forward to their live shows and release of ‘Believe’ Aaron stated - “I write songs that paint a clear picture of who we are, songs of love and life experiences that I hope everyone will relate to in one way or another. I want people to really feel the passion in Silver Coast's music." 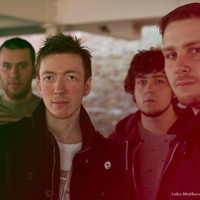 Silver Coast are - Aaron Murray on Vocals and Guitar, Andrew Thomas on Guitar and Backing Vocals, Michael Cappie on Drums and Jason Simpson on Bass.

'Believe' was recorded in Glasgow's iconic CaVa Sound studio and frontman Aaron said - "It's a song written about two people who love each other but who have had difficult lives, putting a strain on their relationship, leading to them taking time apart in order to learn to appreciate each other. It's about learning to trust each other, taking that big step and putting faith in someone you feel so much towards."

The Fight by Silver Coast

Posted by Fruitbatwalton at 2:32 pm