November 23, 2012 by thefinelineproject
Without the artistes, there’d be no event… 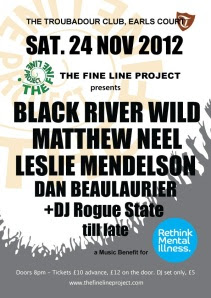 Here’s some info about the singers and musicians who are donating their time to entertain on the night and raise some much needed cash and awareness for Rethink Mental Illness.
The headline act is Black River Wild who heroically stepped into the slot at the last minute after they were let down by another act. They are doubly happy to welcome them back, particularly since they we’re smitten by their sounds, which are somewhat hard to get hold of. There's a rumour about some CDs being available at the show… 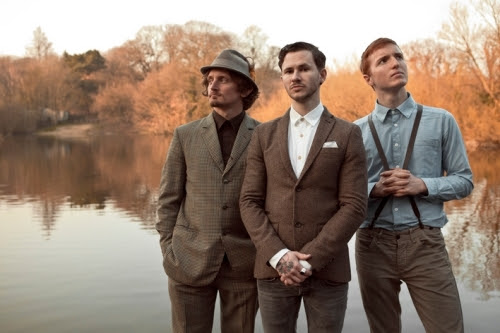 The band blends whisky-soaked vocals and twanging guitar with mojo-cello, close-harmonies and bone rattling drums. It’s an emotionally charged sound that should not be missed!”

Can’t say better than that..check out their sounds here then book your tickets for the show.
In the line up is Blake Robson on vocals/guitar, Kester Hynds on cello/vocals and Neil Marsh on drums.
Asked about the benefit, Black River Wild’s cellist Kester Hynds said:
“To be honest mental illness is not a question of if – but when. Just like physical illness there are different degrees. Some people are lucky in life and the worst they have to deal with is a common cold, but for others it could be something much more serious. Same with the mind. I myself have had a rocky road at times and been lucky to have professional support networks available to help me through the worst of it. Charities like Rethink and fund-raising efforts like the Fine Line Project help to increase awareness and resources and remove stigma, so it’s a pleasure to be a part of this! Let’s look after each other.”
There's some words about Matthew Neel in a previous post so here's a couple of his debut album reviews and a band pic here: ‘Snappy lyricism and black heart.. a competent and assured debut that promises much for the future’  Americana-UK; ‘The guitar playing and vocals in particular are very powerful, resembling a slightly folkier Eric Clapton, the cryptic nature of the lyrics resemble Elliot Smith and the overall playful nature of the ‘gypsy folk’ music resemble Camper Van Beethoven. All in all, this is a very interesting sound that works extremely well with Matthew’s songwriting abilities’ Miccontrol.com 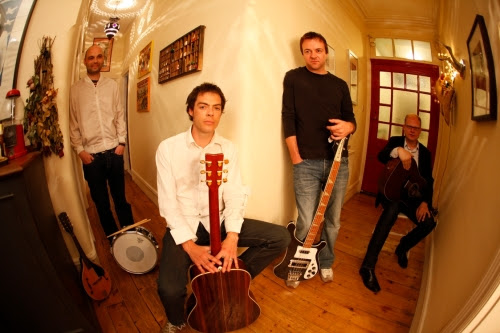 Matthew Neel’s band includes Luke Brighty on guitar, Ricky Barber on bass and Jimmy Shoo on drums.
DJ Rogue State is also back to support the Project for a second time and here’s what he has to say:

“Mental health issues can affect anyone, it’s definitely a fine line. There’s a lot of stigma surrounding it all and I support The Fine Line Project as it raises money and awareness for charities that, from my own personal experience can really help.”

Rogue State has been producing and DJ’ing since the late 90’s, evolving with the UK underground dance scene. A pioneer of early Sheffield dubstep,


Rogue now lives in London, continuing to move forward, blending the freshest sounds and rhythms in his own way. As one half of the management for R8 Records, he has helped establish many talented artists and residents on the crews Sub.fm radio show.
With critical acclaim for his releases from the likes of the Beastie Boys and Mary Anne Hobbs, Rogue continues to surprise the dance floors with rumbling riddims!
Check the music link in a previous post.

Grammy nominated singer/songwriter Leslie Mendelson, who we also wrote about in a previous post is a New York City native, currently in the UK developing her next album. 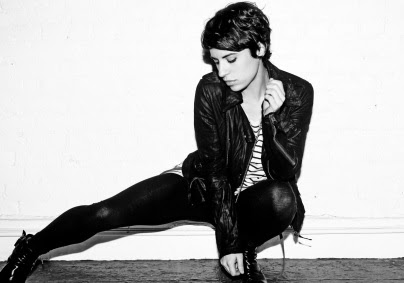 Asked about the Troubadour benefit, she said: “Given how many people’s lives are touched by mental health issues – 1 in 4 worldwide – I’m really happy to be contributing to the Fine Line Project’s event. Because of the global recession more people and services are feeling the pressure so I think it’s especially important that we all try and play a part in supporting charities like Rethink in whatever way that we can.”

Dan Beaulaurier, who’s also from the US is now opening The Fine Line Project show.
Originally from Northern California, Dan is based in London, where he plays in the bands Norton Money and Grace Solero. His music is best filed under Americana brooding space psyched anticipation indie rock. More info at www.danbeaulaurier.com. 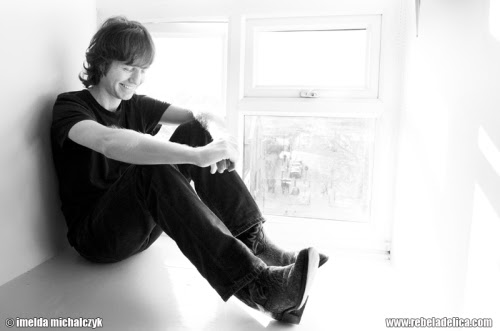 Well that just about rounds things up until tonight night at The Troubadour Club. It's going to be another fantastic Fine Line Project. If you haven’t got your tickets yet, here’s the link ! If you can’t make it, you can still donate to the cause. 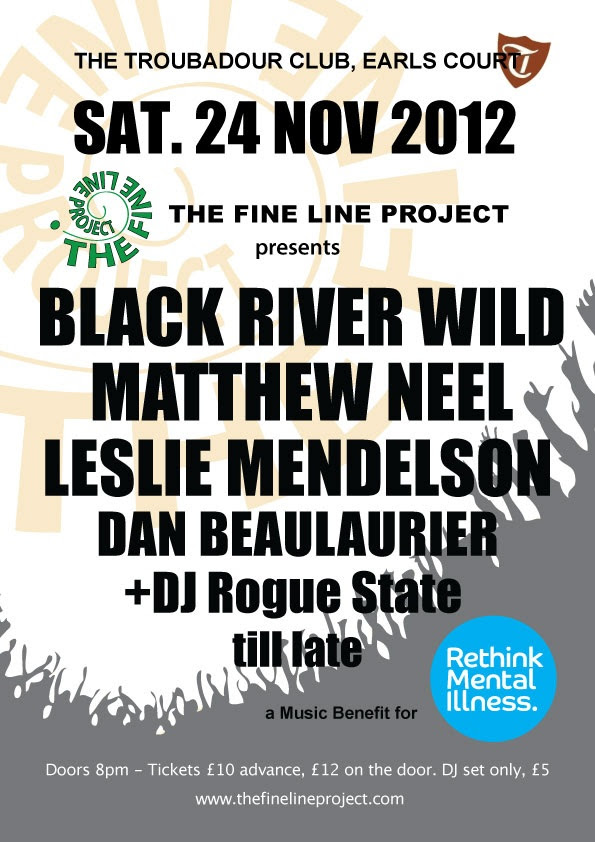 Posted by Fruitbatwalton at 10:56 am