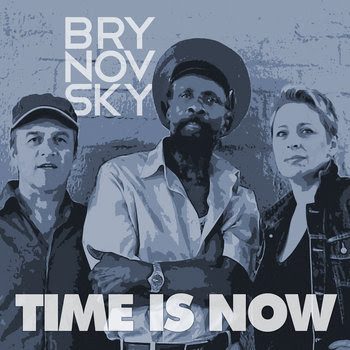 The new album from Brynovsky is the aptly titled 'Time Is Now' as it's bringing a classic yet fresh Reggae sound into 2014 melding the smooth tones of Jah (Leroy Jones) Dave with those of Scottish songstress Idana (the name picked for the Edinburgh singer by the seminal Reggae producer Lee 'Scratch' Perry).


With songwriter/producer Tim Brynovsky they've produced a perfect match of well written, chilled out reggae/dub/funk with a sprinkling of soul throughout the tracks and 'Time Is Now' is currently on repeat in Ralph's kennel.

Leroy (aka Jah Dave) was an original member of roots reggae band The Congos and has worked with artists like Gregory Isaacs, Horace Andy, Johnny Clarke and Dub Syndicate. He joined Brynovsky in 2012 after Tim's band had supported The Congos back in 2011.

He's proper 'old school' and his pedigree shines through. Backed up by Idana's jazz based alto vocalising and Tim's musicality, their sound guarantees a pleasurable, mellow listening experience. 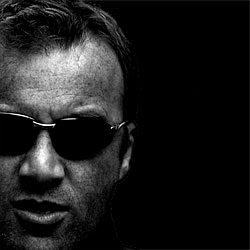 This is the second studio album from Brynovsky and it's already garnered no small amount of critical acclaim from the likes of Fresh On The Net contributor Johnno Casson and of course Tom Robinson himself. Hardly surprising with the sublime vocal harmonies of Jah Dave and Idana bringing out the best in 12 well crafted musical gems from Tim. 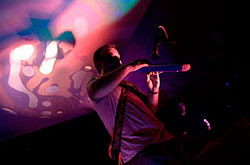 If I was being picky, there's no stand out track, but for me that's no bad thing as the whole album melds together to provide just shy of an hours perfect chill out listening.

OK...OK...if you're going to push me 'Freedom For The People' is my favourite! I'll be keeping an eye open for them heading south of the border, but in the meantime up-coming Brynovsky gigs are...

Time is Now album launch with DJs including Sunny Govan's DJ Hectorrr.
8pm - 2am. £5.00 on the door.


Posted by Fruitbatwalton at 1:33 pm