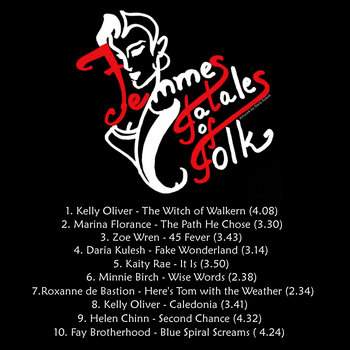 You know that thing where you're waiting for a bus for hours and nine come along all at the same time? Well Folkstock Records have done just that, with not just one extremely talented female folk singer, but nine and all on the same album, Femme Fatales of Folk. 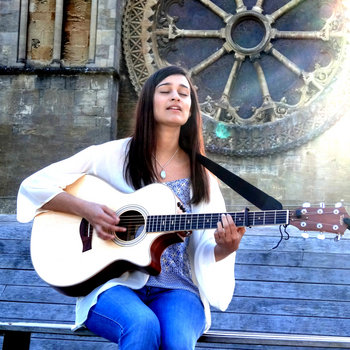 There's the Joni Mitchell-like Kelly Oliver who has two tracks on the album. Here own composition, The Witch Of Walkern and a gentle rendition of one of Ralph's long time favourites Caledonia by Dougie McLean.

Kelly is a folk singer/songwriter, guitarist and harmonicist, influenced mainly by acoustic music and traditional Irish folk music. After graduating, working for a year, and then travelling around Europe, Argentina and Brazil, she decided in April 2013 to pursue her enjoyment in music. 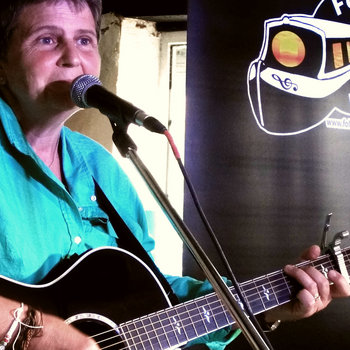 That's followed by a Marina Florance track The Path he Chose which is very much in the style of the American folk protest songs with its strong message of the futility of sending young men to war.

Based in Norfolk she's been writing popular folk and acoustic tracks for many years. About five years ago she found herself in demand as a performer of her own material and somewhat reluctantly stepped into the limelight. 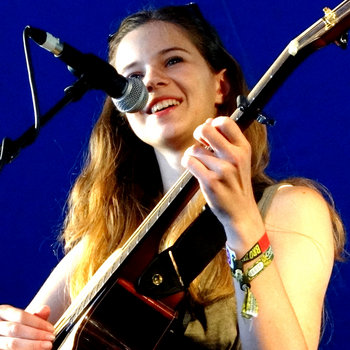 45 Fever by Zoe Wren has a much more contemporary feel, with a poignant lyric simply and beautifully sung, strong stuff for one so young.

A native of London's Camden she's been performing regularly across the South of England, charming audiences with her confident style with hints of Janis Ian or Buffy Sainte-Marie.

Fourth artiste on the album is Daria Kulesh and the delightful Fake Wonderland. This singer songwriters soaring, evocative vocal on the track takes the listener on a musical journey and her Russian roots are reflected in her music. Intertwined with multicultural influences she has experienced on her turbulent and exciting journey through life, Daria performs and records both solo and with her band KARA. 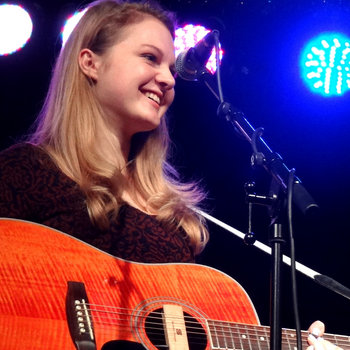 Next up we have the youthful Kaity Rae and again she has a more contemporary feel to her acoustic track It Is. The 17 year old, now based in North London  also has an EP of her own on the way which I'll be keeping an eye and an ear open for.

She has just finished studying vocals at the Institute in London, is about to start a songwriting degree and won a Best Songwriter Award at the Love Folk Live Showcases in early 2014. 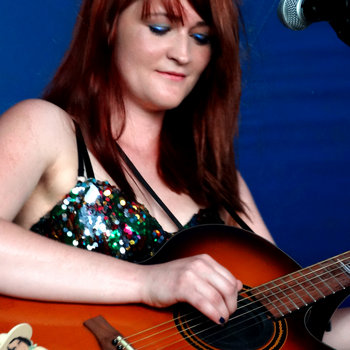 The Minnie Birch track Wise Words is another with an 'up to date' folk feel to it. Subtle and simple, it's a musical delight.

Originally from Watford she's now based in Hemel Hempstead and has not only had radio plays on her local station but also attracted the attention of Radio 1.

Word on the street is she'll be supporting Joan Armatrading again on her next tour! 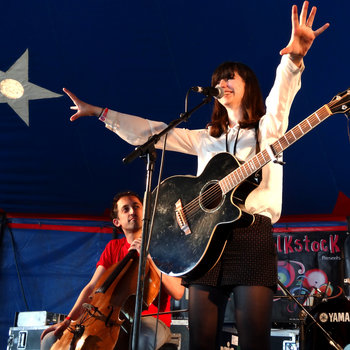 German born Roxanne De Bastion brings us the unusually titled Here's Tom With The Weather. There's a certain musical darkness to the track which is almost offset by her silky vocal.

Roxanne arrived in the UK having bought a one way ticket from her native Germany in 2007. A somewhat independent character, she has been touring the UK and more recently Europe and is a full time musician with her debut album The Real Thing gained her a lot of respect. 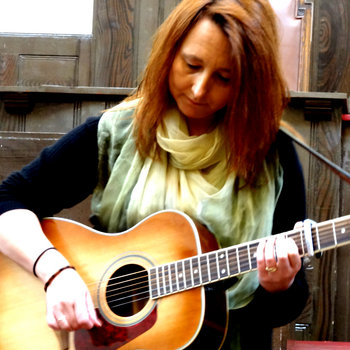 The Helen Chinn track Second Chance is made notable by her crystal clear vocal and the musicality of her simple acoustic guitar.

Helen has much experience playing in Folk Clubs (and similar events and venues) as a support and main act. Her influences include, Sandy Denny, Kate Bush and Joni Mitchell. 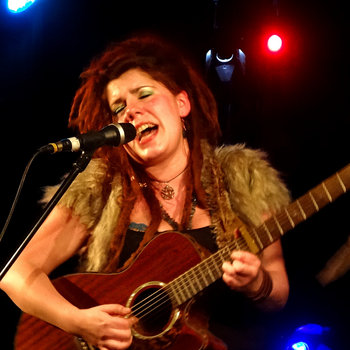 The final track on the album, Blue Spiral Screams by Fay Brotherhood is probably the most vocally distinctive, yet traditional sounding on the album. It almost has hints of early Jethro Tull and for me the standout track.

Musically, Fay is renowned for the strength, dynamic range and individual sound  of her vocals alongside her sometimes punchy, sometimes haunting, earthy melodies and distinctive home made stage attire.


Posted by Fruitbatwalton at 9:23 pm