Tracks from the Top Ten Blogged Bands are played
every Sunday 5-7pm on Radio KC as part of
Ralph's Indie Show...listen back here to this week's Top 10...


No 1: Rob Jarvis and The Mercury Sons

No 3: They Called Him Zone

No 8: Where Fires Are

Ralph's always been a fan of crowdfunding since doing one for the Ralph's Life CD for Rethink Mental Illness a couple of years ago, so on hearing that Leeds Alt Rockers Where Fires Are were using PledgeMusic to fund their upcoming EP one four six one it was time to take a looksee.

Ralph will be playing I've Got The Time on next Sunday's Indie Show on Radio KC. 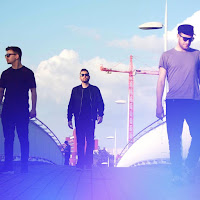 Posted by Fruitbatwalton at 11:51 am