So what's the word on Twitter.....apparently it's Mazzoni.
They're an indie rock n roll

band from West Cumbria, England. Formed in 2008 and draw influence from sources as musically diverse as The Beatles, Black Rebel Motorcycle Club, and The Stone Roses.  So me bein' me, it's headphones on and check them out. 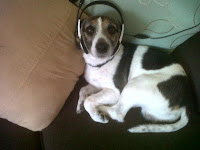 In 2009 the band released their debut EP 'No Reasons To Stay' and after gigging furiously up and down the UK supporting Ocean Colour Scene, Manchester Northern Soulsters Twisted Wheel and Detroit Social Club they released an EP in 2011 entitled 'START' which gained them gigs with Madness and The Futureheads, playing to big crowds countrywide.  After a short sabbatical they returned to perform with The Pigeon Detectives and Sound of Guns and released a new single 'Silence Never Solved A Thing', the first to be taken from their upcoming EP.

You can hear the Oasis influence in this track but the original bass line running through the track and throaty vocals are a treat.  To follow up they've released 'Another Rainy Day' which has a retro feel to it, nice harmonies, driving drum beat and a funky guitar/organ line. The one major constant with these guys is the quality of their songwriting.  Two back to back crowd pleasing songs, and you know me I like festival bands and these guys have all the hallmarks of  a crowd pleasing, girlie teasing festival cheering band.


ONLY GIGS ON THE HORIZON SO FAR ARE THE FOLLOWING...

The 'Be Yourself' Festival
The Bandstand Castle Park Whitehaven 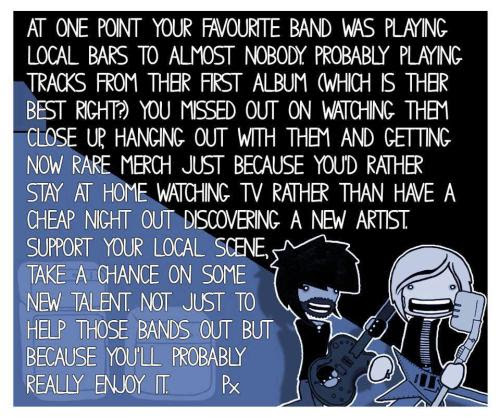 Ralph's usual criteria applies.....go check Mazzoni out before you end up paying top dollar....a few bigger gigs and some radio exposure and you'll be shelling out a lot more of your hard earned beer tokens to see them than you will just now!

Posted by Fruitbatwalton at 9:17 pm