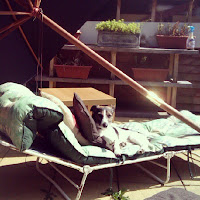 So I'm back from holiday.....lost my blog list.....and deciding aimlessly who to blog next, when a tweet caught my eye proclaiming the delights of a village fete in West Derby (outskirts of Liverpool). Now being a Jack Russell by name inquisitive by nature I investigated further thinking 'hmmmm summat to do of a Saturday afternoon, take in the delights of a countryside fete'.  So I headed for the West Derby Village Fete Facebook pages where; to my surprise, found they were having a mini-festival featuring a number of local bands  including none other than the excellent A Band Named King who I'd been previously keeping an eye on.....result! 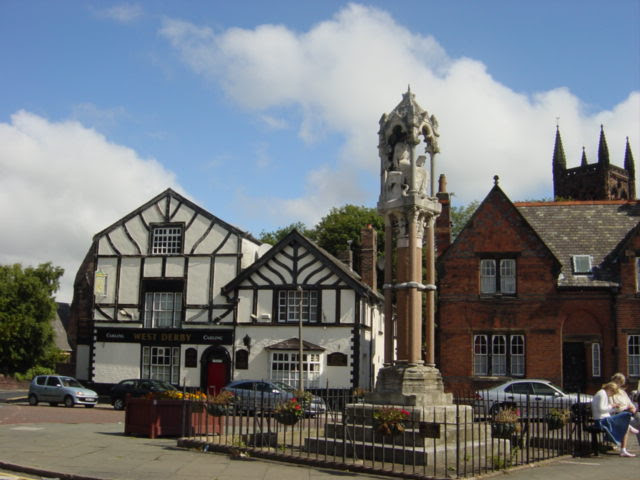 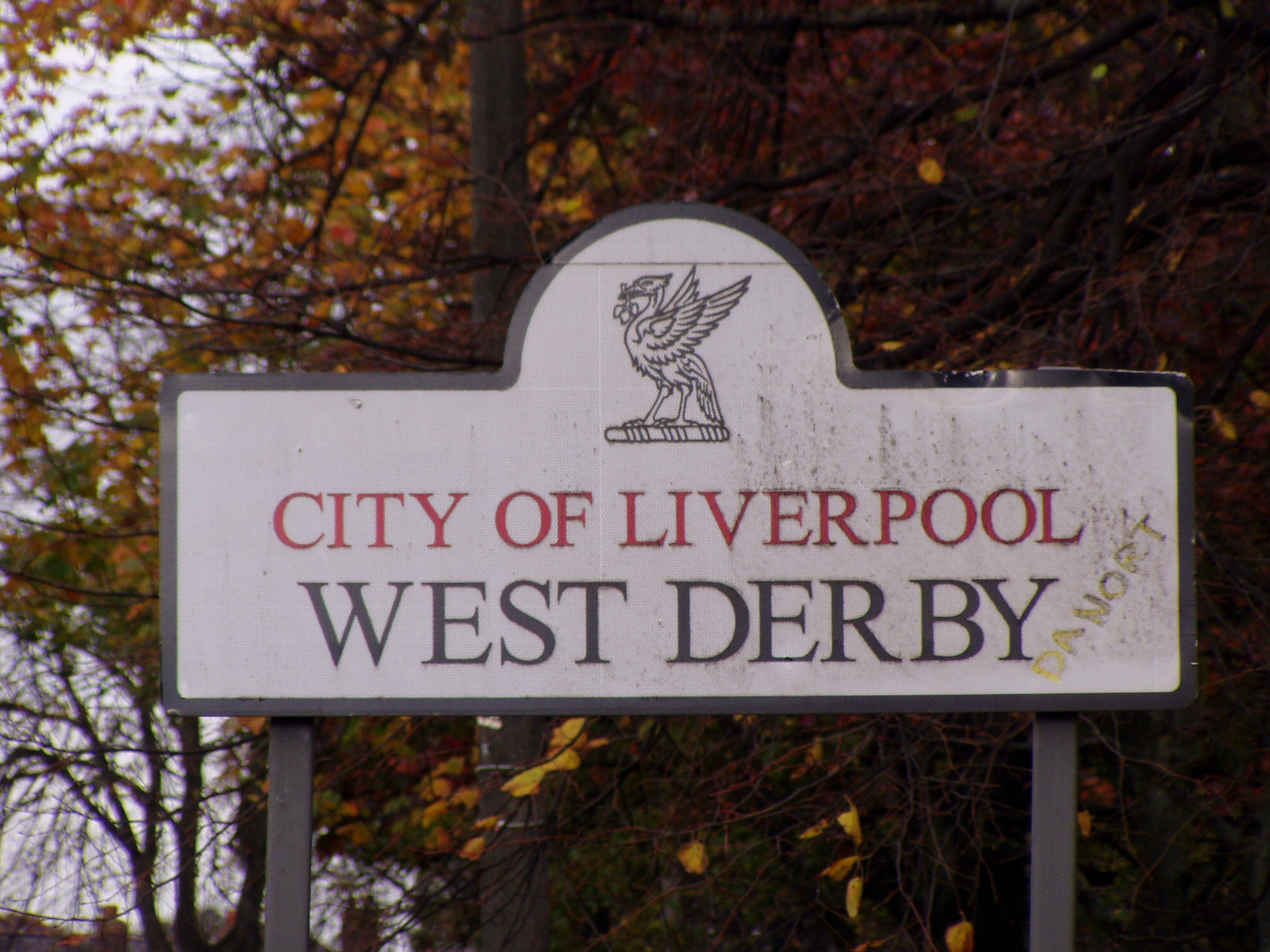 In Victorian times West Derby was changed from a rustic backwater to a bustling township housing some of Liverpool’s wealthiest merchants.  In the 1850s, Lord Sefton remodelled West Derby Village to make a suitable gateway for Croxteth Hall.  New buildings were put up around the newly-created Village square. This investment was matched by the merchants who built about 60 mansions in the district.  In the 1930s West Derby was transformed as many mansions were torn down and their grounds covered by private semi-detached houses.

In the 1960s, the Beatles were associated with West Derby when they regularly played at the Casbah Club. Both Liverpool and Everton have training grounds nearby.

Anyway enough of the history stuff.....there's bands to blog, not the least of which is A Band Named King.  I first noticed them a few weeks back on Twitter (THE place to find new music) and this is the ideal time to check them out. The double-front-man combination of David and Joe have busked their way to prominence, picking their way from Jersey, through Brighton and London, before finding their musical home in the North-West.  The additions of Pierso on Vocals and keyboards with Tobias Gibaud on drums have helped to enforce the Merseyness of their sound, with catchy melodies and earnest lyrics telling the first chapter of their story, which has only just begun....personally I can't understand why we're not hearing more about A Band Named King with tunes like 'Little Cretin' and 'Not a Soul in Sight' with it's pleasingly punchy guitar work.  They recently played a gig at the legendary Cavern Club and recently did a spot with Ralph's friends at BBC Introducing.

Next on the line up is The Polyveldts and they're another band that seem to be bubbling under.  They're 5 local lads hailing from where else but West Derby.  After forming in the summer of 2009 they played their first gig on 18/11/09 in The Zanzi Bar, Liverpool. Since then the band have played a number of gigs around the city. and recently released the EP 'Waiting for George'.

A mention for The White Windows next ......they're an unsigned band from Liverpool (of course).  They style themselves as being the best band in Liverpool, which is a very bold statement to make. Although one thing you have to have when making music is a belief in yourself, and a belief in your songs and to believe that you are the best. On listening to their demos the potential is certainly there for them to go on and do great things. They feel like thy're trying to be all things to all people with a bit of Rock tagged on to Ska and a Mod feel but they make music that is exciting and makes your head nod. A bit of smoothing of some rough edges and I can see bright things for these likely lads.  'Hold On' has to be a crowd favourite at their gigs (there's the Mod feel) whilst 'English Sky has a funky little Ska vibe to it and then runs headlong into a rock chorus...love it!

The New Caldera on the other hand offer you a more mellow laid back flavour straight out of San Fransisco's sixties.  They say they're less of a band and more of a musical collective brewed in the back-street watering holes of Anfield, Liverpool. They share a love of the blends and tastes of melodies, rhythms, riffs, grooves and beats. Playing their own unique cocktail of Scouse flavoured timeless Rock & Roll/Rhythm & Blues. They quote their influences as being  The Beatles, The Byrds, The Who, The Rolling Stones and The Yardbirds (me I'm getting Buffalo Springfield) and if The Merrylees are ever doing a gig down this way these guys would go down well on the same bill.

Unfortunately there's not much I can say about Mistakes in the Media other than they played an O2 Academy gig earlier this month.  They even play it close to their chest on Facebook and with no Soundcloud tracks I can't even let you hear them play. A few lessons in marketing themselves  required for these aptly named bright young things.  A look at the bands above should give them a hint on how to build a presence, with a Twitter and Soundcloud account the first priotity!

Dominic Dunn is a 15 year old singer songwriter from Kirkdale, and despite his age has learned the benefits of putting yourself out there.  He's featured on the Billy Butler show on BBC Radio Merseyside and even has his own merchandise.  He writes songs inspired by a diverse range of musical influences from The Clash, Steel Pulse and Simon & Garfunkel to Mumford & Sons, Bombay Bicycle Club and Vampire Weekend with everything in between.  He works hard to create an innovative sound with lyrics that will engage an audience.  Yes he sounds Ed Sheeranlike but puts his own stamp firmly on his music.

Chris Dorgan is a 26 year old from Liverpool who's been in a few bands but now performs with The Hokes.   He's been playing guitar since around 2002 doing covers and writing originals. The Hokes, Chris and two of his best friends for years make the line up. They play a lot of blues style songs, people like Junior Kimbrough have been a great influence to him along with all the usual suspects. He's using YouTube to find out what peoples opinions are of some of his songs that are in demo stages and also his versions of some of his favourites That he likes to cover.


Thomas Barnes of The Polyveldts will be doing a solo set for your delectation so if you're a fan of The Corals you're in for a treat!

So there you have it, probably one of the best little festivals on this weekend, so if you aren't at Leeds Reading or Liverpool's Mathew Street Festival this weekend The Halton Castle West Derby village is the place to be!

Posted by Fruitbatwalton at 11:47 pm