A New Band A Day 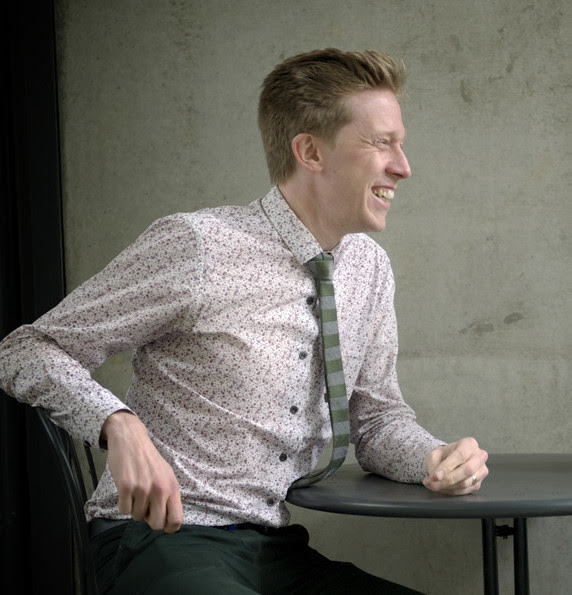 It's not often I consider blogging a blogger (OK, OK - never) but when I got news that Ask Me PR's Joe Sparrow aka A New Band A Day music blogger had been nominated for an AIM Award as 'Indie Champion' I decided to put paw to 'puter and share the news.

Ask Me PR were hugely excited to let me know that he'd been nominated for a highly prestigious AIM Award in the 'Indie Champion' category – alongside music industry luminaries like Lauren Laverne, John Kennedy and Gilles Peterson!

Joe’s been given a well-deserved nod as recognition for his long-standing devotion to unearthing and showcasing new music on his blog A New Band A Day. The blog's been running for over five years; catching the attention of the music industry by showcasing well over a thousand brand-new, unusual and very independent bands culled from the less-frequented corners of the internet.

Whilst some of the bands have gone on to huge success (he wrote about the then-fledgling Rizzle Kicks when they were still at college), most stay relatively unknown: but Joe says he’s happy with this – and that it’s kind of the point.


“I started A New Band A Day because I missed the rough-round-the-edge songs that I only really used to hear on John Peel’s show… the ones where you could hear the tape hiss and the squeak of the guitarist’s chair; or some obscure deep house track from Paraguay.
“So I set about finding them for myself and sharing them online… I never wanted to find the next big thing (and I didn’t either) and I never really thought about where doing this might take me!
“However, I’ve done things I never thought would do as a result – I lived in NYC for a few months, popped up on BBC 6 Music, experienced the madness of SXSW – but most importantly I have met so many fabulous people who I now count as best friends.
“In five years, I’ve dug up so many bands that thinking about it makes me feel a bit sick – but I can remember all of them, even if all the names are starting to blur into one (possibly vowel-less) mega-band-name now!”

Here's today's A New Band A Day top story by way of a tribute to Joe...go follow him!

Here’s something dreadful: I listened to Koloto‘s music, liked it; and then saw that it was made by a woman, and then I made a judgement.
I couldn’t even help it. It wasn’t a negative judgement, just that I suddenly looked at the music in a whole new way, merely because I found out that this producer of electronic music, unusually, was not a man.
Sigh.
But just to clarify: there is nothing ‘female’ aboutKill Screen, just as there is nothing ‘masculine’ about, say, Underworld’s Skyscraper, I Love You. (Well, unless you subscribe to the …
Read the full story »