Well Graham's story is becoming even more remarkable as he's about to share the stage with the legendary US singer/songstress Linda Perhacs in London's Camden Town and it's her first UK show in over 30 years.

Linda Perhacs' story is just as interesting as Graham's and stretches back to the 70's. Linda Perhacs was just a young woman writing songs about nature, the universe, and love privately in the rustic kitchen of her Topanga home. A chance meeting with legendary film composer Leonard Rosenman led to the recording of these songs at Universal Studios with some of the top session musicians around. Linda used complex vocal layering that remains ahead of its time, still to this day. The album, "Parallelograms", was considered a sonic masterpiece that came from Linda's synesthetic natural ability that she developed as a child. Amazingly, it went unnoticed upon it's first pressing in 1970 and Perhacs returned to her reclusive life with nature, the universe, and her steady day job as a dental hygienist in Beverly Hills. 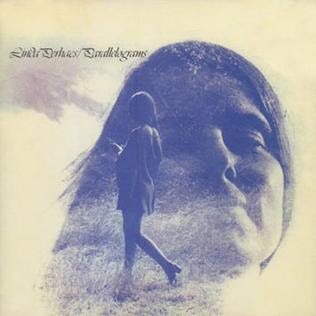 Twenty Eight years later, Michael Piper's Wild Places label reissued Parallelograms and brought this magical music out of obscurity and into the collections of new fans worldwide. Without anybody knowing of Linda's whereabouts, her music made headlines in major music magazines, and interest peaked all over the world while Linda had no idea. Piper finally found Perhacs in 2000 shortly after she recovered from a life threatening case of pneumonia.

When they met, Perhacs provided Piper with her own superior master of the record along with some bonus tracks that were then turned into an expanded reissue of the album. This version sold very well and her fan base grew to include world famous musicians.

Daft Punk included the track "If You Were My Man" in their award winning movie ELECTROMA. Devendra Banhart reached out to meet Perhacs and they became very close friends. Piper introduced Linda to Swedish progressive metal band Opeth and at a recent concert, leader Mikael Akerfeldt referred to Linda as his idol from the stage.

Frosty Mark McNeil, a popular Los Angeles DJ contacted Perhacs in 2010 to perform her album for the 10th anniversary of his worldwide internet station, Dublab. The show was sold out ahead of time, and proved to be a total hit. Linda was blown away by the many guest performers, especially Julia Holter who performed Linda's song "Delicious". This sparked a instant friendship and Perhacs and Holter continue to collaborate to this day. More shows followed with Julia and some of her talented friends like Ramona Gonzalez of Nite Jewel which cemented the official return of Linda Perhacs.

After the critically acclaimed live performances, it became apparent that a new album was a must. A message on Facebook from a fan in 2012 sparked a new friendship that facilitated all that was needed to make a new album reality. Fernando Perdomo had just made the move west from Miami, FL to Reseda, CA. He made it first priority to contact Perhacs, who for over 10 years was one of his favorite artists. They met for the first time at the 2012 New LA Folk Festival.

From the get go Perdomo insisted on bringing his longtime friend and collaborator Chris Price onto the project because it was Price who first introduced him to the Parallelograms album back in 2002. Price complimented Perhacs and Perdomo and the team began working on the new album. In Linda's words, it was "Sent and Meant".

The result is an astounding new album that melts the hearts of all that have heard it. "The Soul of All Natural Things" is an album that will be a delight to her fans and will turn a whole new generation on to the timeless sounds of Perhacs' music.

The legendary Psychedelic Folk artist Linda Perhacs will be playing her first UK show in over 30 years at Cecil Sharp House in December with Graham Marshall.

Posted by Fruitbatwalton at 11:59 am