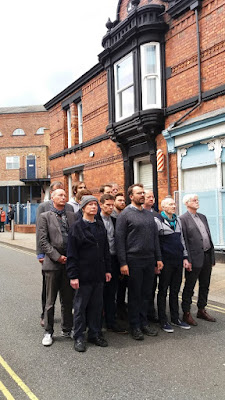 It's always nice to experience something out of the ordinary in St Helens, and on this occasion it was quite extraordinary as I took to the streets to view a performance of Verity Standen's REFRAIN which had been brought to the town via the good offices of Heart Of Glass.

It's also being performed at Richmond Castle in North Yorkshire and Newhaven, Sussex but as I watched it in the back streets of my home town it was all the more poignant.


Each of these sites has a unique history and a connection to the story of conscientious objection. During the First World War, scores of men who refused to fight were court-martialled, imprisoned and ostracised.

More than 100 years later, this remains a sensitive subject, especially around the locations where these men were tried and incarcerated. All the more so in St Helens which was home to Ernest Everett, the first man to be sent to prison for refusing to fight in the war. 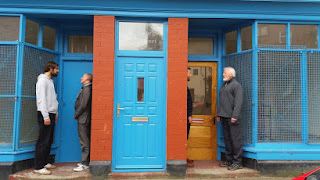 There were nearly 16,000 British men on record as conscientious objectors (COs) to armed service during WW1. That does not include men who may have had anti-war sentiments but were either unfit, in reserved occupations, or had joined the forces anyway.

The number of COs may appear small compared with the six million men who served, but the impact of these men on public opinion and on future governments was to be profound. 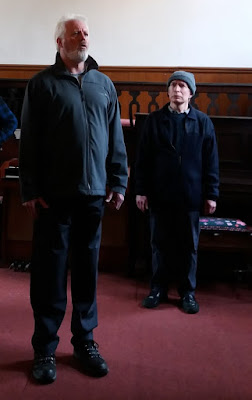 REFRAIN filled the back streets of St Helens with male voices, arranged by Verity into rich sound worlds for audiences to explore.

The piece was be developed with, and performed by, a choir of male singers drawn from St Helens with. Eight performances taking place over three days, including a dawn performance.

The emotion expressed by the resonance of the men's voices was palpable, especially as you were able to get close to or walk through them as they sang. This emotion was all the more poignant as they entered the Friends Meeting House which was established in the town by The Quakers in 1679.

Broadly speaking there were four reasons why men objected to armed service during the First World War. The most common ground was a religious one. Pacifism was a time-honoured tenet of the Society of Friends (Quakers), although some Quaker men did enlist. Other individuals, including Christian fundamentalists, took the Bible at its word: ‘Thou shalt not kill’. 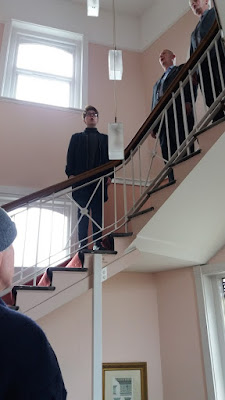 Verity Standen has created a piece that will forever hold a place in the hearts and minds of those who took part, whether it be performer or audience member.

You could not help but feel a connection to the men of the past through the somber passion expressed by the voices of the men of today.

As we joined them on their journey through St Helens back alleys the experience was as profound as it was funereal. A feeling of reverence for those conscientious objectors whose belief was resolute.

"Ernest Everett is my name.
And I’m here because I am against this war. Against all war, actually. I’m not a Quaker by the way, but I am a Christian.
And I’m a teacher in St Helens, or at least I was.
I’m 32 years old and I’d say I’ve been following politics since the Old Queen died. I’ve seen them banging the drum for years, demanding to put everyone in uniform."

Olly, a singer in St Helens:

“It was quite surreal but very cool. Sometimes you’d be walking through town on the day to day and you’d see the streets. Then to actually be involved in a performance amongst these streets is really nice.”

Refrain is produced by Situations with Verity Standen Projects, in partnership with English Heritage, Attenborough Centre for the Creative Arts and Heart of Glass, St. Helens. It is generously supported by Arts Council England, the Jerwood Charitable Foundation, Joseph Rowntree Charitable Trust, The Space and Heritage Lottery Fund.
Posted by Fruitbatwalton at 9:39 am