One of the advantages of paying so much attention to the Scottish Alternative Music Awards over the last few weeks has been the discovery of The Holy Ghosts who were nominated for Best Newcomer and which they duly won at last Friday's Awards ceremony in Garage Glasgow.

They're a cool blend of Folk, Rock, Bluegrass and Blues that have Buffalo Springfield, The Stones, CSNY, Oasis and a smattering of Cadillac Sky infused into their music.  It's country Jim but not as we know it.....and they had this to say to Ralph after their award presentation.....

" We're very thankful to those that have supported us and voted for us and the SAMA's team- they gave us a platform to shout about our music as well as putting on a great  awards show at the Garage".  They go on to say..... " The award offers us recording time at Gorbals Sound Studios, which we're looking forward to.  We've got loads of new song's that we want to put out there so the award also came at a perfect time.....the day before the release of our second EP 'Voodoo Shakedown'.  So we're hoping to reach out to a wider audience"   They finished with....." We would like to congratulate all the winners, it takes hard graft to get notched and to keep on writing quality tunes - it doesn't come easy! " 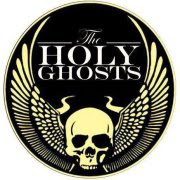 This Edinburgh 5 piece formed in 2011 and were tipped in 2012 to take the Scottish music world by storm. Well they have now truly come of age and their unique live sound should make them the darlings of the festival circuit for years to come.

They've recently released the 'Voodoo Shakedown' EP to great acclaim and when Ralph's main man in Scotland, Malcolm Parry caught their live set as they supported The Travelling Band in The Electric Circus, Edinburgh just prior to their SAMA win his ensuing review backs up Ralph's assertion that they're a force of nature when they hit the stage.....so with that in mind here's their summer gigs.....

Posted by Fruitbatwalton at 5:33 pm