The Travelling Band return with a new EP 'Hands Up' and have embarked on a mammoth 24-date UK tour, before releasing their new album which is produced by multi-platinum selling producer Iestyn Polson.  The tour was preceded by a live session on Marc Riley's BBC 6 Music show on and the ‘'Hands Up'’ EP is available on a 'pay what you want' basis prior to the session here..... http://thetravellingband.bandcamp.com


If the ‘'Hands Up'’ EP is a taste of what’s to come then bring it on. Original ingredients are maintained, intricate guitar lines and infectious rhythms interact with expansive chord structures and subtle tempo changes.  The EP leans more towards alt/rock than alt/folk but that's no bad thing for this Jack Russell's ears.  As Mumford and Sons churn out what they think their fans want to hear The Travelling Band have moved on from their last album with tunes that will stick in your head.  The lead track 'Hands Up' being a case in point with an almost anthemic feel.

The new album, "The Big Defreeze" was produced by multi platinum selling producer Iestyn Polson (David Gray, Patti Smith, David Bowie, Simple Kid), recorded at the turn of the year at The Church Studios in Crouch End, London.  Having spent the first half of 2012 writing followed by a summer of UK and European festival dates, the group successfully crowd-funded an album via Pledge Music, and quickly hit their target thanks to their enthusiastic fan base. 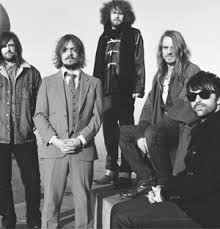 The Travelling Band are:

With such a wide range of venues available to you the length and breadth of the country, there's no excuse to miss catching them live and loud.....Ralph will have a review of their Electric Circus, Edinburgh gig for your delectation as soon as the pigeon drops it off.....


OK the pigeon's just landed.....and here's a review of the Electric Circus gig in Edinburgh courtesy of Malcolm Parry.

The first of two supports was local country/rock pop stars in the making: The Holy Ghosts

Really looked forward to finally catching these guys after hearing the word on how good they are live, also because of their nomination for best newcomer at this weekend's SAMA awards to be held in Glasgow on Friday.

As the 5 -piece stormed the stage and bounce straight into 'Damned if you don't', it's clear to me these guys are still buzzing after the awards nod, receiving a hero's welcome from this Edinburgh crowd like the good ole boys are back in town!  Warming us up through the first couple of in your face country rock/pop bangers was Singer Jack Sandison. Denim clad, armed with acoustic guitar & moves
a young Paul McCartney would have been jealous of. Lead guitarist Jon Mackenzie looked the part in a stetson hat, boots, Les Paul hung low, churning out melodic country rock licks like he just
came off a Gram Parsons '70's tour. We get infectious sing along choruses and tunes that will go down a storm at this year's festivals and hopefully gaining them a wider audience.

Their e.p is out this Saturday, available from their website or itunes - http://www.theholyghosts.co.uk/

Next up- Main support : Ellen and the Escapades

Galloping in to their set with what could be easily disguised as an intro from a Morricone score is lead lady Ellen. A dainty, delicate singer, sounding to me like a cross between Stevie Nicks & Ann Wilson from early Heart,
backed up by a quality sounding band, though sometimes drowning out the singer with their dynamics. I'm sure on record the levels would work better.
Mid set, they slow it down for a bit of country tinged balladry, here Ellen comes into her own, hushed vocals, with gentle slide form the lead guitarist. All very nice though i longed for the bigger, bolder sounding tunes. My wish was granted with a couple of folk rock stompers
to finish, making an memorable exit to a nice set.Warming us up? Yes,
thank you! 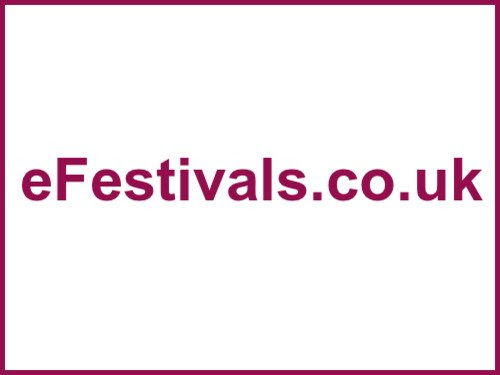 The Travelling Band
One October in Manchester, many years ago, after an I am Kloot gig, I found myself in a bar called Big Hands with members of the band, some also from Elbow & a few music bizz lovelies.  Chatting away and drinking quite heavily, we all delved deeper in conversation when i asked "So, if you could recommend a Manchester band I would like, and haven't heard off, who would it be"?

Fast forward to the night of the gig and me wishing I had taken his advice a bit more deeply.  Only buying the odd song, though I enjoyed what i heard, realistically, I couldn't call myself a fan.  Tonight we learn that the band's new album was funded by the fans, a fashion which seems to be working and avoiding lining the pockets of what's left of the music labels, a comment which lead singer Jo Dudderidge makes mid set.

The band taking to the stage, refraining from starting to play to urge the audience to move in closer, nice touch! Of course, they oblige.They start with an instrumental and instantly i'm taken aback; Wow! Their so tight!!  Lead singer Jo moving smothly into Old tune 'Only waiting', an impressive start.  Next up we get country / folk balladry number'Screaming is Something'.  Jo passing the vocal baton over to Adam Gorman, a looser vocal delivery.  They swap instruments and tune up for the next number: '25 hours' which is lifted from their upcoming album 'The Big Defreeze'.

The crowd are waiting, the singers lacking a bit of banter at this point, then comedy timing prevails in Adam saying ' Sorry! It takes 25 hours to tune a 12 string'  It was worth the wait!

A chunkier sounding tune to the last two, moving into a newer sound than previous offerings they up the pace with another tune, this one from both the album & current EP 'Hand's Up' ( a pay what you want on Bandcamp ). This being more of an alt / rock sound, reminding me of British Sea Power, especially on 'Passing Ships' which comes later in the set and both stand out tunes. I'm liking it!

Jo meets Adam at the 200m mark to take back the baton, launching into 'Battlescars' you would think these guys would have a few scars after the last few busy tours.  It doesn't show.

We move swiftly into another infectious folk/rock beauty 'For All The Fallen', a big uplifting chorus which your guaranteed to still be humming when you leave the venue.

A real highlight come's next; the title track from their excellent new e.p 'Hands Up' with dirty guitar riff intro and shouty harmonies. Sounding like mid 90's The Bluetones mixed with the latter work of
The Decemberists.  Getting back to the follow up tune 'Passing Ships', the Patrick Watson stylee piano keys ring out furiously, British Sea Power anthemic vocals, building to a Sigur Ros- festival and Arcade Fire- no cars go crescendo.

Very Uplifting and destined for main stage festivals.The last two numbers they build to a cosmic freak out proving their a match for any stadium band. Ending their set each band member leaves one at a
time, leaving us with a ringing in our ears, guitar feedback and an urge to hit the merchandise stand. Any respectable 70's rock band couldn't have done it any better.

But wait! Their not finished, unfortunately they have gone over the time curfew but we don't care and neither do they! We're treated to a gorgeous vocals only acoustic number 'Borrowed & Blue' (another tune from the new album) in front of the stage, among us mere mortals. A perfect end to a great night of Americana, alt /rock.

Speaking to Jo later I asked why they decided to go for a more heavier, anthemic sound? His reply "It's a natural progression after playing all the festivals".  Tonight they proved their demand for a wider audience. They are the anti- alternative to bands like Mumford & Sons, refusing to churn out rehashed riffs & melodies, re-inventing themselves for the old and newer fans.

Hopefully after this review you will agree that I can now call myself a fan?

So if your reading this...get well 'travelled' and go see this Band!!!

A popular method of producing an album with Indie bands at the moment is crowd funding and The Travelling Band have been involved in one of the more successful, with their trusty band of fans taking them to their Pledge amount and beyond.....


Hello and welcome to our Pledge Music page

Having spent much of 2012 writing new songs we’re nearly ready to go into the studio to record album three. This time we’re going to do something a bit different and we want you to be involved from the very start!

From our early pub gigs to playing festival stages all around the world, you’ve always been the most amazing of fans. Every gig you’ve come to, every album you’ve bought has kept us on the road and making music. As a way of saying thank you we’re giving you the chance to be involved in a totally new way. We’re offering up a range intimate experiences which will bring us even closer to you and in doing so you will be helping us raise the funds we need to make our new album.
We’re teaming up with PledgeMusic so you can ‘Pledge’ on the new album (basically pre-order it) as well as pledging on range of other fun and ace things we’re really excited about. These range from signed albums, spending a day in our jam room, VIP gig tickets, guitar lessons, gigs in your living room and even owning a signed guitar that will be used on the record.
By getting involved at this early stage you’ll be able to get various one-time, one-of-a-kind objects from the vaults of The Travelling Band’s underground musical lair and for a lucky few there will even be an opportunity to sing backing vocals on the album. You can see these on the right hand side of the page. Postage & packing costs are included in the prices that you see and will be calculated according to your shipping address.

All through the campaign you’ll get free access to our ‘Pledgers Only’ area here on PledgeMusic. It’s sort of like an online backstage, where we’ll give you access to a load of never-before-seen stuff, such as rare demos, remixes, videos from the studio and loads, loads more…
We’ll be working towards a minimum number of pledges to make all of this possible, and you’ll be able to track our progress with the percentage above. Once we’ve hit 100% we’ll know we have your support and we can start the wheels in motion for delivering all these great items.
So as you can see, there are so many great reasons to be a part of this album from the beginning. Thanks again from all of us for a wonderful few years.
Here’s to many more!

Posted by Fruitbatwalton at 9:04 pm