The Live Room is the brainchild of Ron Dukelow and Hilary Booth, both experienced music promoters, who, for ten years were the driving force behind the highly successful Live at the Talbot series at the Talbot Hotel in  West Wales.  It's their intention to bring the same ethos to their new venue at the Caroline Social Club to make it the best folk and roots music venue in the Bradford area. bIf you have a suggestion for an artist to play there get in touch. They can't promise that they'll be able to present them, but they'll consider all ideas.

After a previous gig featuring My Darling Clementine  this comment appeared on Twitter...  'The Live Room is the best thing that has happened music wise in this area in the 15 year I've lived here' (Adrian Gallagher).

Birds of Chicago, is a collective based around JT Nero and Allison Russell. Whether touring as a duo or with the full family band, Nero and Russell have emerged as two of the most compelling new voices in North American Roots music. 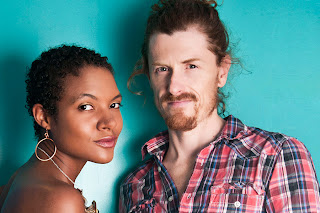 For several years Russell and Nero’s respective bands, Po' Girl (Vancouver, BC) and JT and the Clouds (Chicago, IL), have collaborated extensively, but on 2011’s Mountains/Forests, released under the JT Nero banner, they tapped into the true, bewitching power of their voices together on an entire record.  It also featured the full cast of characters that would round out the Birds of Chicago ensemble -- the Clouds and Michelle McGrath, the luminous singer and picker from the hidden hills of Southeast Ohio. 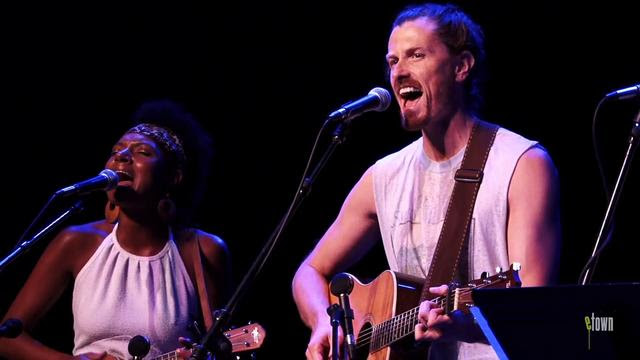 The record received critical raves and won them new fans on both side of the Atlantic, and created a great deal of excitement for the first official Birds of Chicago album, due for release in August, 2012. Nero’s fractured country-soul voice wrapped in Russell’s silver and gold tones, is a fine thing. You’ll hear echoes of mountain gospel, street corner doo-wop, and classic soul.

Accompanied by just a banjo and a guitar, it's haunting.  Fired by the band, it's a full tilt revival!

Nero and Russell are most at home on the road - pick almost any night in the next two years and you can bet they will be in some festival, theater, pub, VFW hall, roller rink (they wish) or living room, dovetailing their voices, singing their songs of hope, despair, love.... and electric seahorses. And honey bee apocalypses. And ice cream.  It's familiar and strange stuff - the everyday and the magical. Come see ‘em, they won't be hard to find.

‘This is more or less perfect Americana, an utterly exceptional talent’
-  Americana UK 10/10

‘Roots music made in heaven...completely different than anything else you've heard’
- No Depression

To Wisconsin-born Peter Mulvey, there is no such thing as a straight and narrow path. At least, not one that he has any interest in taking.

A live-wire on any stage, Peter Mulvey is an acoustic singer/songwriter/guitarist who, in fact, defies this categorization. His ferocious guitar playing whisks him through more tunings than he has fingers in the course of an evening, as he winds his way from full-throated rockers to deceptively plain-spoken musings.

'Mulvey spins out a rhythmically intriguing cascade of images and thoughts, inﬂuenced by poetry and spoken word. At his best, Mulvey’s like some Tin Pan Alley wit gone beatnik.' - Boston Herald

'The subtle power of his voice, a husky, hushed baritone... understated, at once sophisticated and intimate... as cover-worthy as Randy Newman, Elvis Costello and Dar Williams.' - Washington Post
Posted by Fruitbatwalton at 2:22 pm