Deacon Blue at The Barrowlands 1994 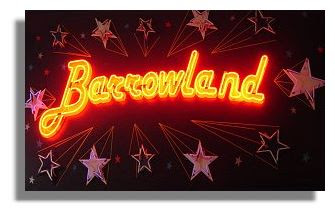 If there ever was a gig I didn't want to have to go to, but could never miss it was on May 20th 1994 in Glasgow's Barrowlands.  Saying goodbye to a band that's music had echo'd your emotions over nearly ten years was never going to be ideal at the best of times.  Farewell gigs are discomfiting, emotional events and Deacon Blue's certainly fell into that classification.

The queue that ran back the street was in an expectant frenzy, hoping for that one last memorable yahoo.  For my part I wasn't so sure it was so much a time for celebration but for condolence.  I was loosing an old friend. The gig itself was a full-on run through of their greatest hits, 'Chocolate Girl', 'The Very Thing', 'Loaded' and 'Love and Regret' took the crowd to an emotional high.  By the time 'Dignity' is ringing out and everyone is singing out, I'm in tears, the people next to me are in tears...I think the whole of The Barrowlands must have been in tears.

The energy in the hall that night was more than electric as they launched into the finale merging their 'Twist and Shout' with a homage to Liverpool lads The Beatles 'Twist and Shout' (an irony that I'm about to share with you), so we all did just that and, as they say - the rest is history.

2007 and I move down south to St Helens and in nearby Liverpool I notice that the Summer Pops festival was taking place at Aintree Racecourse.  Topping the bill was (ironically) Deacon Blue and it was like we'd never been parted.  They launched into 'The One About Loneliness' and 'Fellow Hoodlums' before 'Raintown' took the capacity crowd into raptures.

'Your Swaying Arms' lulled us before they had us leaping out of our seats through killer tracks like 'Twist And Shout', 'Wages Day' and 'Queen Of The New Year'.  Then, ever the crowd pleaser Ricky slowed the tempo with a solo tribute to the Liverpool fans and John Lennon in a very moving version of 'Beautiful Boy'.

We bounced to 'Fergus Sings The Blues' and Ross had the fans taking over much of the vocals on old favourite 'Loaded' before 'Dignity' rounded things off.

Three rapturous encores ensued, The Band classic 'The Weight ' followed by 'When Will You (Make My Telephone Ring)' led us into the anthemic 'Real Gone Kid'.  Tears of joy this time - happy days.


Ralph would like to thank/apologise to everyone he's pinched pictures from for this article...I thank you...

Posted by Fruitbatwalton at 9:20 pm