With the second of the Haddow Fest Presents drawing near and The 1004's will be taking the stage in Edinburgh's Electric Circus.  The 1004's have recently released a new single 'Throes' to much critical acclaim (this blogger included) and it's addition to their live set for the 24th May will be most welcome.  They're joined on stage by Dumb, Greg Pearson and Charlotte Black.

The last Haddow Fest presents with Meursault was a huge success and Ralph's man in Scotland, Malcolm Parry was there to capture the night on Ralph's behalf. 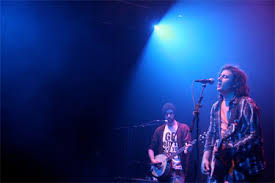 First on is never a good slot for an opening act, especially when the doors opened at 7pm and you're on at 7.15pm.  No problem though for Withered Hand deciding to pull in a band tonight instead of the advertised solo set.  We have trombone player, bass, drum and female backing singer playing to an already quite busy venue.


Straight away I hear 'Bright Eyes', Neil Young with his off kilter vocal delivery in lead man Dan Wilson.

He asks if it's OK to play a new song, the crowd full of scratching beard folksy types don't seem to mind, many hugging their pint's and feeling the vibe.  'King of Hollywood' gets an accordion accompaniment and a recorder from his backing singer who looks like she doesn't want to be there, pressing the note's confidently like a gig in a school assembly. 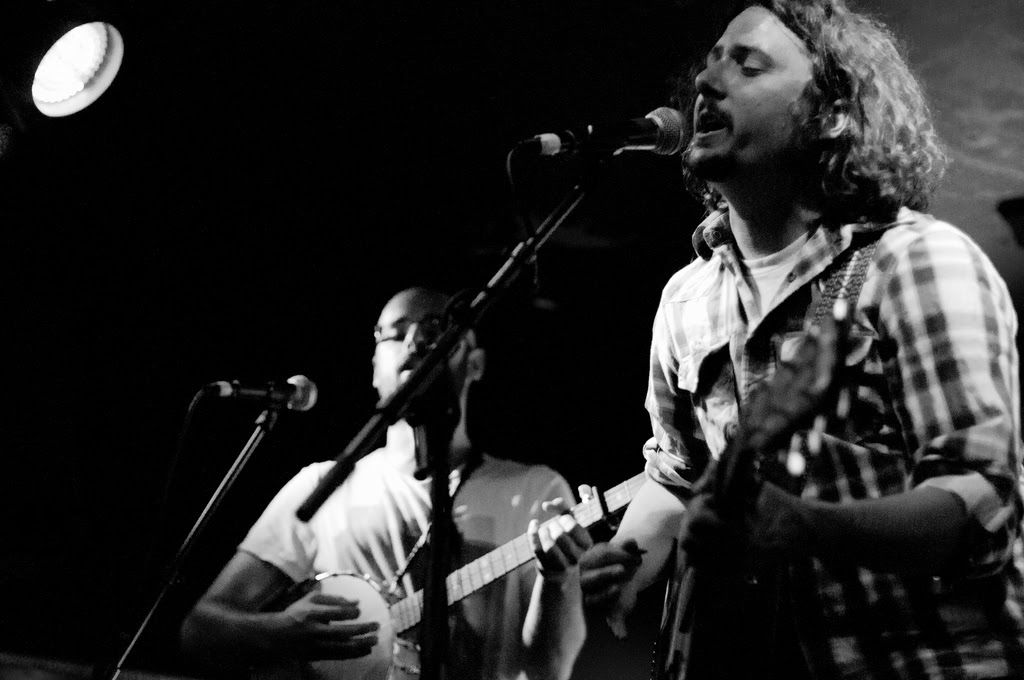 Next song is another newbie in 'Black Tambourine' with lyrics “Light me up with your smile”.  We don't get smile's from the band members but looking around I notice a few on the punters faces while they tap along respectively.  Dan announces, "New one'! - you upset? - well tough!".  and this track is dedicated to Charlie Chaplin.  He finishes with a song titled 'You Put A Horseshoe In My Glove” and it's a very nice,  laid-back Americana vibe to warm us up.  A nice player with some warm, fuzzy tunes.

The crowd move forward to the barrier for the second act, keyboard's, knob's and tech toys are set upon the stage.  I'm told this is two members of local electronic outfit Found who are billed as 'River of Slime' I must admit I’m excited! 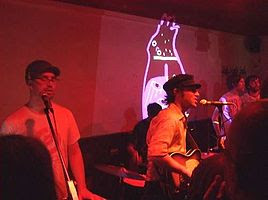 They build up with pulsating bass and beats, they take us through a electro set barely giving us time to breath between tracks.  Hypnotic, throbbing, dark, very Kraut-Rock, very Kraftwerk.  Distorted vocals and keyboard sounds like 'Hot Chip' playing seductive electronica late at night in a Berlin techno haunt, we're lost in their music, caught in a trap!  One women collapses in front of the stage, must have been having a flashback.

The last tune, a sound-scape - almost sounding like a soundtrack to a Sci-fi B movie and I hear early Depeche Mode.  A strange choice to have these guys sandwiched between the two bands, but it breaks it up and I like it.

Radio 1's Ally McCrae is on DJ duties when he announces - “Scottish Album of the Year nominee Meursault - and the 6-piece grace the stage.  Keyboards,cello,bass, rhythm, the band all play head bound and note perfect but it's all about lead guitarist Neil Pennycook.  In the spotlight his vocals are tight and confident with a strong Scottish twang and faultless vocal delivery, all passion and showmanship.

Straight in to big anthemic folk rock with 'Flittin' like a toned down Arcade Fire. The second tune 'Settling' and I get a quote from a lady fan next to me “This is the best track on the album”.  Mid way through track three 'Ballad' we get some tight lead soloing outro to finish.

Now mid set I’m starting to lose interest.  Don't get me wrong the band are perfect, but not engaging, no looseness and not a lot of crowd participation.  Musicianship is second to none, but I’m reviewing a gig, I look down at the audience, I witness an invasion of static looking checked shirt wearing fans, hanging on to every word from the front man, but no real atmosphere.  I'm sure if I was familiar with the material I would feel more involved but their music washes over me a touch. 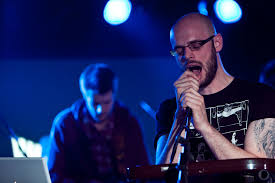 I know the Edinburgh audiences aren't like the Glaswegians, but I have witnessed some classic gig's of a similar style in this very venue i.e. The Magic Numbers and Admiral Fallow, but I’m sure the packed venue would disagree with me.


Things picked up a bit with some rousing folk rock and the crowd get more in to it. Last track of the evening is 'Dearly Distracted' and Neil banters a touch with the crowd, he plays a bluesy intro leading us through a heartfelt epic, every thing’s thrown in from the band, bringing the whole thing to a milk float finish with just the cellist easing back and forth on the strings.

The crowd want more, they give in and come back.  The encore is appreciated to the fullest by the polite audience and you could hear a pin drop.

A nice first gig in this intimate venue from the Haddow Fest organisers.  Three very different sounding artists, all very professional.  Judging by the excellent turnout tonight I can only imagine the night will go on to build a fan base and a 'not to be missed' date for your gig diary.
Posted by Fruitbatwalton at 8:51 pm