the more hits your blog gets by the fans, the higher you go.....

Now Snuggles and me have been sitting with our heads down counting the hits on each bands blog to see who's got which place.

Back in July last year I acquired a taste for fine female voices after listening to Kathryn Marsh so I turned my nose in the direction of Plum, the alter ego of Edinburgh based Shona Maguire.

So what's the latest...well she's just been and gone and got herself nominated in the Best Electronic category of The Scottish Alternative Music Awards 2013.....

Everybody likes to make a comparison about artistes and Ralph's old man is no exception. He heard Wullae Wright's 'Halo Effect' playing on my laptop and next thing he was wiping the dust of his collection of vinyl, dug out Led Zeppelin I and stuck it under my nose muttering....."Babe I'm Gonna Leave You".  Chance would be a fine thing some would say, however I had a listen and low and behold Wullae Wright is capturing the same raw intensity of vocals that an early Robert Plant did.

As me old man never tires of saying, "Always great to hear a Scottish band singing like you know they're a Scottish band".  Well that certainly applies to The Vigo Thieves, just listen to the wonderful Steal Your Heart with it's almost Big Country-like intro and the thumping Heartbeats, last years video soundtrack for T in the Park has got to be a big club favourite, which is guaranteed to get the proverbial joint jumpin'.  They're up for Best Live Act at the SAMAs.

After a hectic and successful years gigging in 2012, Manchester four piece The Ninth Watch are hibernating in the studio with a view to bringing you a host of new tunes and if they're as strong as the tracks they produced last year, we're in for a real treat. 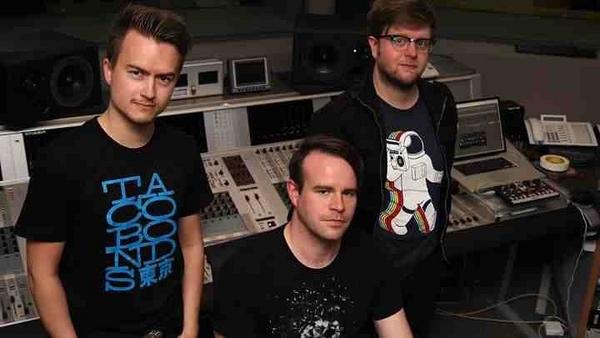 Ok so I saw that these guys were called Fat Goth and I thought erk, but turns out the only thing that's dark and heavy about this Dundee band are their sounds.  last year they played The Wickerman Festival  alongside other Ralph's Life favourites Campfires in Winter and Olympic Swimmers and now they've been nominated for a SAMA.

Who said 'I don't like Mondays' (OK, OK I know it was the Boomtown Rats) because one reason to absolutely love Mondays is the release of The OK Social Club's first album 'Nothing In Common' next Monday!  They've been on the blog list for a bit but good things come to those who wait and there's no arguing this album is a very good thing.  They're also nominated for Best Live act in the SAMA.

Ralph's now got his own Unsigned Indie Mix show on French station Radio Kaos Caribou every Sunday 5 - 6 pm and it's thanks to listening to their eclectic mix of music that he came across Paris based band Wishes.

Always keen to promote 'The Auld Alliance'  and via the wonders of email I bring you an interview with Wishes.

OK here's the skinny on fast rising Elgin
based hardcore punksters Cleavers
who've made inroads onto BBC Radio
Scotland's radar.  Their first outing was in
December of 2011 after the turn of the year
were included in BBC Scotland's 35
Scottish Artists to watch 2012 by DJ Vic
Galloway and they've got a SAMAs nomination.

The Recovery! are a five piece punk/metal/core band from Glasgow who  release their new E.P ‘Wherever Nowhere Takes Us’ on 11th February, 2013 via Indie label Cold War Legacy.

The first single from the record ‘The Faint & Fragile’ is available now for free download!

I can't believe that eight months have passed since I first blogged those lovely hirsute young men Campfires In Winter after hearing the melodious 'Twelve Thousand Drops'.  So it was with great joy and expectation when news of a proper debut single release on March 4th dropped into Ralph's inbox.

Posted by Fruitbatwalton at 3:07 pm