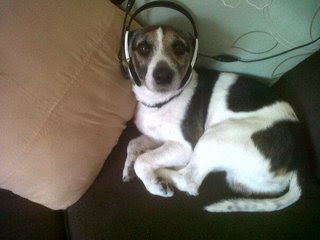 OK bands you know the score.....
the more hits your blog gets by the fans, the higher you go.....
So tweet it, Facebook it.....and generally expose yourself.....

Now Snuggles and me have been sitting with our heads down counting the hits on each bands blog to see who's got which place.
So here it is.....

Now Ralph's had his eye on My Forever since June of last year and since then things have escalated rapidly for this young band from Thirsk.  They've gone from almost a covers band to a fully fledged in your face rock/pop group with a stellar future in one fell swoop.

Everybody likes to make a comparison about artistes and Ralph's old man is no exception. He heard Wullae Wright's 'Halo Effect' playing on my laptop and next thing he was wiping the dust of his collection of vinyl, dug out Led Zeppelin I and stuck it under my nose muttering....."Babe I'm Gonna Leave You".  Chance would be a fine thing some would say, however I had a listen and low and behold Wullae Wright is capturing the same raw intensity of vocals that an early Robert Plant did.

Looking for a good reason to visit King Tut's on Friday 4th January.....look no further.....mean and moody Glasgow rockers Blindfolds are taking to the stage and bringing you a blistering set that'll include tracks from their new Voodoo EP released in November of last year.

So I got the jungle drums about this Edinburgh band The 1004's who were making big noises.....(on stage and in the press) in the music world.  Favoured by none other than the Jim Gellatly Podcast (Jim himself was heard to say  “One of the hottest bands in Scotland right now”) and they were certainly flavour of the month last August when they released their second single,  a double A side - Lights Out (gonna be an anthem) and Pull It Apart

What does..... The Cavern Club in Liverpool.....The House of Commons in London.....Alice Cooper..... MP for Walton Steve Rotherham and Deep Purple's Ian Gillan have in common?  It's Liverpool band TheVerdict

Ralph has just been extolling the virtues of Johnny and the Giros up in Scotland for getting us up on the dance floor and getting down with our bad selves when lo and behold Liverpool lads The Tea Street Band are doing exactly the same thing!

The Evacuees come from near Bristol but have their hopes set on breaking out further afield. Given the quality of the solid rock tunes they're producing you're going to be seeing them at a venue near you sometime in 2013.   I'd been listening to their track Temper Temper on Soundcloud  and as they launched into it I thought I was going to hear The Skids Into the Valley .(favoured by Halfords in their TV ads God bless 'em).

Now it's not every day a goldfish brings out an EP so Friday 26th October was a big date for young Manchester band Everyday Goldfish who released their first EP, the aptly named 'Eyes On The Prize' at The Candence Cafe Tyldesley that very night!  The band are Alex Haslam, Jack Binks, (why do I imagine his nickname is Jar Jar) Laiton Price, Lee Whittingham and Lewis Tooby.

Having been quiet for a bit other than the recently released cover of ‘Feels Like Heaven an ’80′s Electro-Pop classic by Fiction Factory from Perth, Manchester band Bauer have pulled a cracker out just in time for Christmas.  They've released an album of Electro-pop classics of their own, available from today and it’s the perfect stocking filler.


Posted by Fruitbatwalton at 7:10 pm