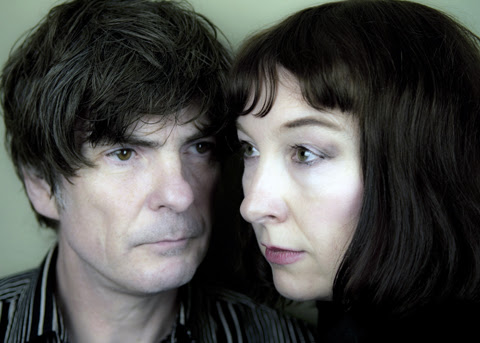 About to ride high on the current tsunami of electro/pop sweeping the country are Scottish masters of the art Pumajaw, who are in the throes of planning a gig assault on Britain and Europe.  The release of the album Demonmeowmeow at the end of 2011 saw them tour Europe where for some reason they are more revered than back in the Old Country.  Maybe the more cosmopolitan nature of the Italians is better suited to Pumajaw's 'music is art' approach.  No lightweight electro here but hypnotic, sleazy, mean and moody jazz infused synth.

Pumajaw are producer/instrumentalist John Wills and chanteuse extraordinaire Pinkie Maclure.  Pinkie has released two solo albums - on One Little Indian in 1990 and on Beggar's Banquet in 1996. John was a founder member of Loop and the Hair and Skin Trading Company, both Beggar's Banquet, until the mid-90s.


The sultry 'Your Arms Your Doors' could almost be a homage to the late, great; always missed, Billy Mackenzie with its soaring vocal acrobatics..... 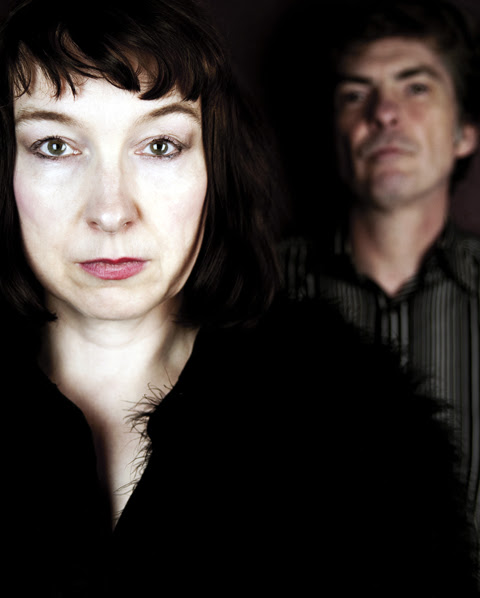 They've released two albums under the name Pumajaw. Before that they released one album as Pinkie Maclure, one as Lumen and one under their individual names.  They used to be to be pigeonholed as trip-hop or psychedelic folk, but were never comfortable with either and recently have grown more electronic/synth-led, noisier and more rhythmic.

For the recently completed third album, Demonmeowmeow, John swaps acoustic guitar for electric and rediscovers the ritualistic drumming he was known for in the 80s and 90s. Pinkie still plays concertina, but more or less abandons any folk influences and returns with vigour to her early inspirations of the great singers of jazz, blues and avant-garde pop and their on-stage performances are as mesmeric as they are musical.


A bit of hat tip to Bjork on Chinny Chin Chin with it's haunting (wouldn't be out of place in Fritz Lang's 'Metropolis') more industrial  feel.....

They have three releases lined up for 2013.  The first is a remix ep of Tallulah including mixes from Christ. (Boards of Canada) and Crooked Man (Jarvis Cocker/All Seeing Eye, Todla T) which will be released on Herb Recordings soon.

"Crooked Man are working on a remix of Mazy Laws which we're really excited about."

There is also a new album in the works which features songs from Film Noir Classics including Night of The Hunter alongside new Pumajaw songs.

"We are really looking forward to our next tour of Europe which starts in April. We may play some gigs in Britain too but that will be later in the year."

In the meantime here's their dark, atmospheric video of the original version of 'Mazy Laws'.....take your eyes of Pinky Maclure if you dare......

Fabulous news for Edinburgh as Pumajaw are looking towards crowd funding to bring their sensational show to The Edinburgh Fringe.....so have a read and see how we can all help!

'Song Noir' is the new creation of Scottish duo Pumajaw. We are jazz/blues singer/songwriter/musician Pinkie Maclure and sound artist/musician John Wills.
Plucking from obscurity great forgotten songs from film noir and American gothic movies, we reinvent them with a 21st century approach and a deep respect for the originals. Adding to these our own haunting compositions, we create a world at once nostalgic and futuristic, using cutting-edge technology, traditional instruments (concertina, guitar, keyboards, autoharp) and our own atmospheric visuals.

"Pumajaw raised the bar for the rest of the festival. Sometimes growling, other times hauntingly angelic, Maclure's voice was always utterly engaging. Wills is a highly accomplished player and his use of loops and samples created a wall of sound that a full-blown band might struggle to craft. Maclure is quite an enigma and Pumajaw's effect was heightened by the theatricality of her performance, pacing the mini-proscenium and, witch-like, seducing her audience into a weird and even scary world. And the way she handles the concertina would make the knees of grown men tremble."
David Prater THE SCOTSMAN****

"There are eight wonderful, original songs here together with the most atmospheric instrumental arrangements and a voice that is nothing less than thrillingly world class. This is adventurous music from one of the country’s deeply hidden artistic treasures.’"
4.5/5 Sharon O’Connell, UNCUT****

…..You wonder if the neighbours know about them in the local shop. About Maclure fleeing Banff for France on the back of a teenage Jacques Brel fascination; about her extraordinary voice– parts Juliette Greco and Ella Fitzgerald – a voice that would, in a better world, deliver the greatest Bond theme ever.
You wonder if they realise that Wills  is possessed of an uncanny knack for bewitching atmospheres and ritualistic beats.  Or that the duo’s alliance has won them fans from Radio 3's Verity Sharp to Kevin Le Gendre, editor of Jazzwise, who decreed Pumajaw “disarmingly beautiful”).
Nicola Meighan, THE SUNDAY HERALD
- See more at: http://www.sponsume.com/project/song-noir-pumajaw-edinburgh-fringe-2013#sthash.XMirf5xA.dpuf

Posted by Fruitbatwalton at 7:40 pm