His crisp bluesy guitar playing is complimented by his super smooth vocals.  You only have to listen to 'Little Bag of Bones' to get hooked on his immaculate, ultra-hip laid back vibes and I'm tuned in as I write the blog.

Mog's just landed a support gig with Evan Dando of The Lemonheads and it's one not to be missed in Preston's 53 degrees venue!


He recently did a 600 mile round trip to perform free of charge for the Fine Line Project charity gig in Southampton in support of Rethink.  When he was there St Pauls Lifestyle recorded a session with him and produced a video of the results.

He regularly appears at the Great British R 'n' B Festival where he features on the Acoustic Stage .

It was awarded Best British Blues Festival last year and is short-listed again this year and has to be in the running to do the double with a fantastic line up of R 'n' B legends.  Mog is showing his pedigree appearing alongside such legends as Mick Ralphs, Courtney Pine and Spencer Davies and I'm sure he'll be a festival regular in years to come.

Album Out NowDownload on iTunes 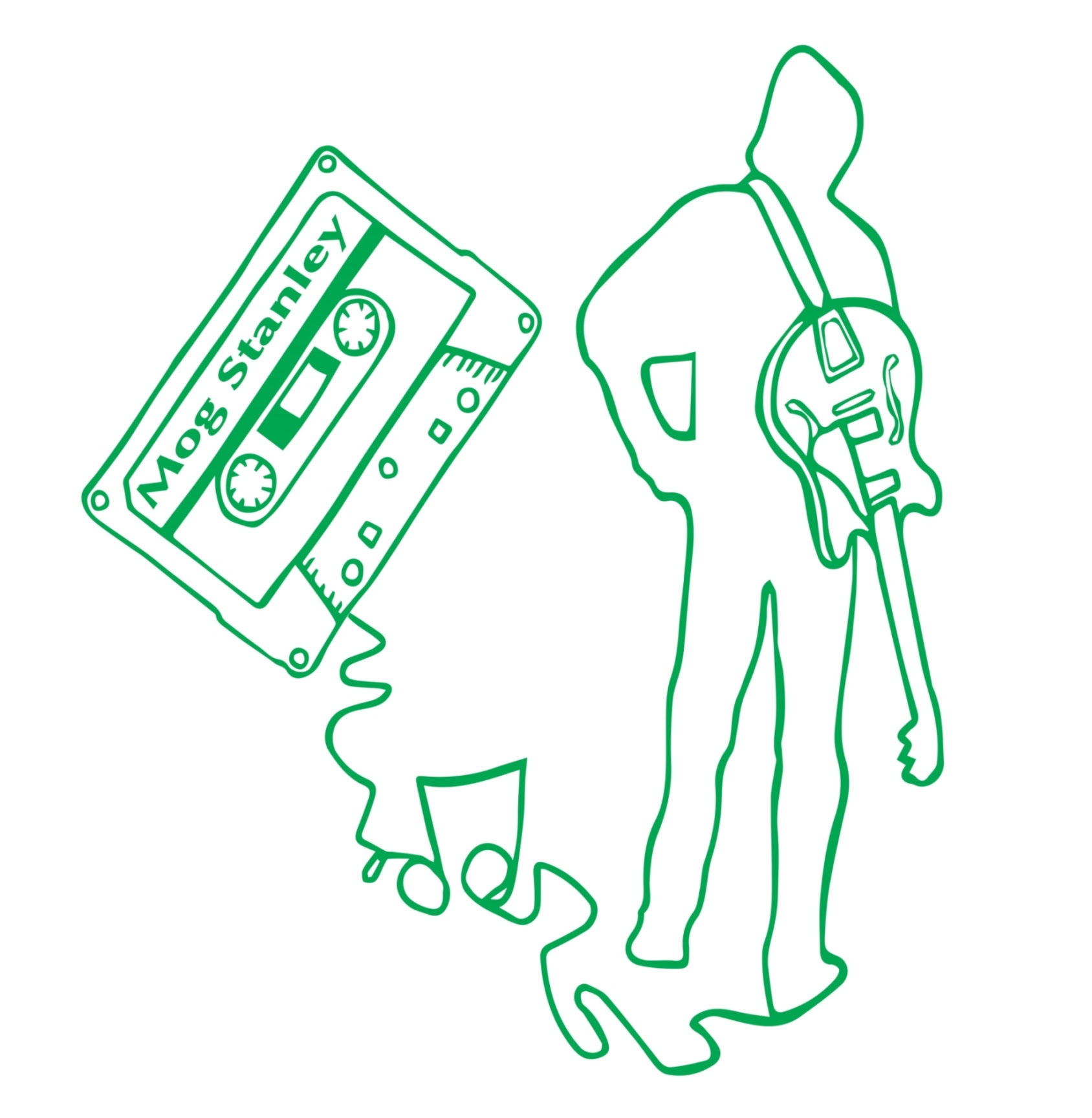 A fine advert for the rockabilly quiff; a rollicking purveyor of old-school blues-rock; a doppleganger for the young Morrissey.

Manchester’s Mog Stanley has been described as many things, but ‘cutting edge’ is clearly not one of them.

There is, however, a first time for everything. Recently booked to appear at a Manchester unsigned bands showcase, the 31-year-old songwriter quickly realised what an incongruous presence he appeared.

Armed with only his vintage guitar and home-made percussion box to keep him company, Stanley’s old-school, DIY set-up made him stand out like the proverbial sore thumb.

Yet, of all the acts who performed that night, it was Stanleya who seemed to make the biggest, most eye-popping impression of all: his tub-thumping Midlake meets Black Keys blues-rock prompting choruses of delight and disbelief among the assembled audience.

“I had people coming up to me absolutely baffled by my equipment,” he recalls, over drinks in a Northern Quarter bar.

“They’d point to my homemade drum box and ask, ‘what is that – how does it work?’ It’s like they thought it was some revolutionary piece of musical technology. But it’s basically a wooden box with a bit of carpet that my dad built for me! It’s perfect for creating an earthy blues sound.”

He smiles: “I guess that’s just the cyclical nature of music, though. Music is so produced and processed these days that if you hear something old-school and organic, it can seem really refreshing.”


He’s got a point. Like Manc music’s very own answer to Jack White, Mog Stanley may have begun life as an intriguing anachronism, but he’s quickly mutated into a beacon of timeless blues-rock cool. Indeed, judging by those fervent gig reactions of late, Stanley might just be the organic aural balm we all need in these processed, synthesised musical times.

Born and raised in Preston, Mog Stanley’s journey as a blues-rock prodigy began when his older sister’s ended.

“I basically nicked my sister’s guitar,” he recalls. “She’d got this Yamaha acoustic for a Christmas present but quickly got bored of it. So I took it and taught myself to play. I was about 12-years-old – and I’ve been writing songs ever since.”

Growing up in the late-90s, the teenage Stanley found British guitar heroes somewhat hard to come by (Most of Britpop passed me by), and so instead delved deeper into rock’s vast history vaults. With his first guitar idol Jimi Hendrix as a starting point, he traced his way back through the American blues pantheon, from Robert Johnson to Son House, and any songwriters who fell under the elemental, primal blues bracket.

“What attracted me to blues music was the sheer directness of it,” he enthuses. “The original American blues musicians, what they did was so raw and primal. The way they played guitar, the emotions they sang about; it all came from a really honest place. That’s what really appealed to me about it. You see so many bands and musicians hiding behind gimmicks; but with the blues, it’s just so direct and expressive."

Not that the fledgling Mog Stanley was in any great hurry to showcase his new-found blues idiom. For most of his twenties, he stayed clear of centre-stage, playing guitar for a number of local bands, all of whom, he admits, “were pretty forgettable. But it was a learning curve. There’s always a little battle of egos when you’re in a band with other people. I knew I had to do it on my own.” Cutting loose and venturing solo last year, Stanley had initially planned to take gentle baby steps as a live performer. His first solo appearance, however, was anything but a low-key baptism.

“A friend got me a gig at a battle of the bands in Fallowfield,” he explains.

“I just thought, ‘why not? It’ll be good for the experience’. And I ended up winning the whole contest!

“It was weird – I really didn’t expect people to react so positively. I had never sung on my own until last year.”

Buoyed by that battle of the bands victory, Stanley has firmly maintained his winning streak throughout 2012. A debut release, the rambunctious four-track EP, Inside The Mindbox, sold out.

Meanwhile, the savvy balance of his gigging commitments – last weekend he appeared at Colne’s prestigious Great British Rhythm & Blues Festival, and this Thursday he rolls up to The Castle to support Danny George Wilson – underlines his dual appeal to the old-school blues brigade as much as the clued-up indie cognoscenti.

“Hopefully I’m showing that there’s many sides to blues music,” he says. “There’s this misconception that blues music is a bit indulgent and noodly.

But I’m more about the songs and creating this loud noise and putting on an interesting show. It’s my own spin on the blues.”

Posted by Fruitbatwalton at 9:38 pm